The dream of many small business product companies is to appear on the popular ABC reality show Shark Tank, where entrepreneurs present a business plan to a panel of five savvy self-made multimillionaires and billionaires in hopes that one or more of them will invest in the business, not just with their money, but also with their connections. 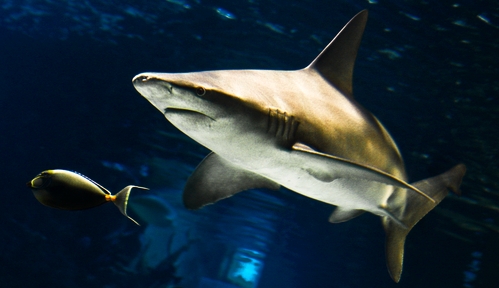 In exchange for an investment from the Sharks, those entrepreneurs willing to enter the Shark Tank offer a percentage of their companies’ equity. The Shark Tank members are colorful personalities, and are often brutally tough during discussions and negotiations with the entrepreneurs.

Read on for the story of how these brothers made it out of the Shark Tank alive — and are thriving.

Background: How Nardo’s Natural Came to Be

In 2008, D.J., the oldest Mastronardo brother (now 30), while working as a health and nutrition guru, and taping a “Healthy Cooking” segment in New Mexico, burned his hand. His mother, a certified wound care specialist, suggested that after the pain stopped, he put coconut oil on the burn to heal. D.J. was amazed at how well his hand healed in just a few days. He told his brothers, and they came up with an idea to create a skincare company using all-natural ingredients.  Since each Mastronardo brother offered a different skill set, they decided that, working together, they could create a successful skincare company.

Nardo’s Natural was officially launched in 2009. Two of the brothers, Kyle, 28, the operations / visionary guy, and Danny, 26, skilled in marketing, P.R. and design, worked full-time in the business.  D.J. provided health and nutrition insight, and youngest brother K.J., 24, with an accounting background, contributed financial expertise while working full-time at a corporate job to help provide funding for the start-up business.

The brothers began by creating all-natural and organic formulations in their kitchen. They made all of the products themselves, by hand, and did all the labeling, packing and shipping, as well.

Revenues from 2009 to 2011, however, were only $30,000, from online sales and local spa sales. Most of the brothers’ time and money was spent creating formulations without parabens and toxins, that provided a healthy alternative to daily skin care.

They offered a variety of skin care products, including moisturizers for the face and body, skin and body scrubs and cleansers, lip balms, a cream for pain relief, and even an organic bug repellent.

Getting on Shark Tank

In April, 2011, a friend sent the brothers a link to an episode of Shark Tank.  Despite their hard work, there was not much money coming in, and they realized that being on the show would be an amazing opportunity. That very night, Kyle sent an email submission to Shark Tank.

Nardo’s Natural made it through the first round, and for the next several months, the brothers went through an intense screening process along with tens of thousands of other Shark Tank hopefuls.  They had to make a video, complete surveys, get background checks, and provide extensive information, each time making it through another round.

Finally a producer from Shark Tank called in June, 2011, and a month later the brothers went to Los Angeles to tape a segment.

“We were incredibly excited, but also nervous,” says Kyle.  “Here we were with this huge opportunity, and we were just a bunch of brothers negotiating with these big-time entrepreneurs.”

The taping process is similar to those of other reality shows. Many entrepreneurs were taped, but not all made it onto the televised show.

Actual negotiations with Nardo’s Natural and the Shark Tank panel took much longer, but the segment was cut. What was included during the televised show was some video footage of the brothers and their hometown, including a spa esthetician using their products, and the brothers, shirtless, at the beach.

However, “there were some really critical things that viewers didn’t see,” Danny points out.

Mainly, the reaction of the Sharks to Nardo’s Natural products.  “Every Shark had our products in their hands, and they were trying them out,” says Danny.  “Barbara Corcoran really loved the vanilla body lotion. And in addition to other factors, she tends to invest in products that she personally likes and connects with.”

That kind of reaction may have helped viewers understand why Barbara Corcoran invested in a company with only $30,000 in sales, with the male Sharks shaking their heads at the numbers.

Just for the record, Corcoran is laughing all the way to the bank.  According to Danny, she has the best track record of all the Sharks, with her Shark investments profiting the most in the group. “She also tends to invest in very small businesses and helps them grow nationally, and our business fits that profile.”

Whether you get a deal or not, there’s no guarantee that you’ll be on the televised show. Luckily, the Nardo brothers not only made a deal with Barbara Corcoran, they also made it into the March 9, 2012 televised Shark Tank show.

What Happened After the Deal

However, when the brothers met with Corcoran after the show, they let her know that all of the brothers would be working full-time in the business, which led Corcoran to “sweeten the deal a bit,” notes Danny.

Once an agreement was reached, Corcoran offered her advice and contacts, as well as the expertise of her team.  Due to the large number of businesses she invests in, Barbara has a team that provides expertise to her companies, in the areas of design, marketing, operations, and more.

“Barbara’s team was incredibly helpful.  They would do everything from showing us pictures of competitors’ products, to putting our products on a table across the room to determine what stood out about them,” offers Danny.

Barbara and her team’s input (and Barbara’s funding) led the Nardo brothers to change their labels, bottles, even cut down their product line, to focus on core products.

One suggestion was to make the “Fourever Young” kit the Nardo’s Natural flagship product.  The kit contains four items that can be used in a complete skincare regimen:  a face cleanser, mask, moisturizer and lip balm.

And instead of the brothers bottling the products by hand, Barbara’s team recommended finding a company that could do this on a larger scale. Wanting to “keep it local,” the brothers found a company in their area that they contract with to hand-pour their products.

And while the TV show included Barbara’s comment that she “hated the name Nardo’s Natural,” the name stayed.  “Barbara never brought it up again,” says Danny.

As all of us in business know, nothing happens until you make a sale.

“Barbara is amazing,” says Kyle.  “Not only does she have a top-notch personal network that she worked on our behalf, and a great new business development team, but she also connected us with the other Shark Tank businesses she invested in, to get some sales activities going.”

“We speak to Barbara often, and also communicate via email,” notes Danny.  “The other day she sent us a note asking us to send a bunch of our products to her contact at Disney, as they are interested in checking them out.”

She also gives some advice that is out-of-the-box, such as her suggestion that the brothers do a calendar.  At first they joked about it, then realized it was a “pretty cool branding idea.” The calendar featuring the four young, good-looking brothers is selling well on their Website.

What are some of the larger deals pending? “Barbara is working to get our products on QVC,” says Danny.  And since the brothers are near the headquarters of HSN in Tampa, they are also pitching their products to HSN.

The brothers are also talking with top retailers and distributors.

The Power of Shark Tank Exposure

While much has happened in the months between the show’s taping and its airing, the actual show airing on March 9, 2012, had an amazing effect on the business.

Says Danny, “The exposure was monumental.”

And not just the exposure. In a 24-hour period after the show aired, Nardos Natural got 1.1 million Website hits, more than it had gotten in the company’s entire time in business prior to that. Hundreds of orders came in during the show, and their Merchant Account briefly shut down their credit card processing function on their Website, suspecting fraud.

After fixing that glitch, the orders kept coming in, as did congratulatory emails, questions, and more.

Since the show aired, the Nardo brothers have been inundated with questions from Shark Tank hopefuls. Here are some tips:

The brothers will continue to work even more closely together.

And there’s another exciting venture on the horizon. “Now that we’re all here, we will be working on a pilot for our own reality show,” says Danny.

Is it hard working so closely with family members? “Sure, there are challenges, but the four of us are close.  We really love each other, and always work things out,” notes Kyle.

So with all of these activities, what are the sales projections for the company?

Thanks to Shark Tank, the brothers have pending deals with shopping networks and retailers, a calendar, a reality show and more – all while working and living near the beach in Florida. Truly the American dream for the four Mastronardo brothers from Philadelphia.  And one that many of us hope to achieve.