How Far is Too Far? Researching Potential Job Candidates on Facebook

The background checks companies used to do on potential employees seem like child’s play compared to what some employers are doing to get the dirt on job candidates today. Not only are they searching Google results to make sure there’s nothing unpleasant in cyberspace about a new hire, but now they want candidates’ Facebook passwords. 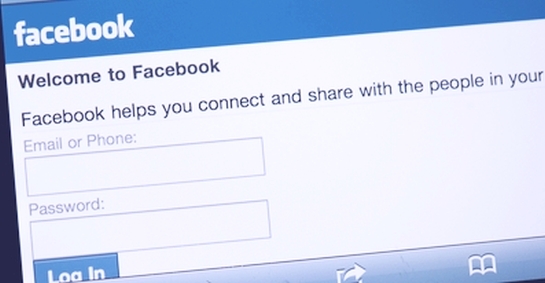 If a candidate’s Facebook or other social profile is set to private, logging into the account lets hiring managers find out what exactly the individual is up to.

But it can also lead to unintended negative consequences — such as discrimination.  For example, if a job candidate for a law enforcement position (one of the most common roles where Facebook passwords are requested)  is a member of a non-Christian Facebook group, does that give the employer the right to not hire him?

And are the prospective employers really thinking this through?  What if the job candidate is not hired and turns around and brings a discrimination claim, based on the potential employer having seen that information that implies religious connections?

Facebook, for one, won’t stand for it. The social networking site updated its Statement of Rights and Responsibilities to reflect the unlawful act of sharing passwords. Unfortunately, it’s not clear if someone is caught doing so if they will be prosecuted (the statement says the user’s account may be deleted) or whether the offending employer will be held responsible.  And if so, how?

And while there isn’t current legislation against such practices, it may not be long before there is. Connecticut’s U.S. Senator Richard Blumenthal plans to file legislation that would prohibit an employer from asking for a social profile password, and would enforce a violation fee of $1,000 for the first offense, and $2,500 for subsequent offenses.

What Are Your Rights and Responsibilities as an Employer?

Naturally, small businesses like ours want to ensure we don’t hire extremists, drug addicts or anyone who’s not a good fit for the company. In my mind, you can’t make that call by viewing someone’s social media profile, nor should you. Before the Internet, companies hired based on resumes and interviews. You got some bad apples with the bunch, but you accepted that as the cost of doing business. Now we think the Internet can prevent us from hiring the wrong people, when in fact, it can’t.

If you feel compelled to do so, search in Google for a prospective employee. What you hope to see is professional blog posts, references to previous jobs and maybe a bit about a job candidate’s love for travel. You shouldn’t be searching their social media sites to find ways to disqualify them. If you have questions about their extracurricular activities, ask about them in the job interview, rather than browsing their Facebook profile.

People are allowed to have a separation of personal and professional in their lives, and as an employer, you should respect this right.

Susan Payton is the Communications Manager for the Small Business Trends Awards programs. She is the President of Egg Marketing & Communications, an Internet marketing firm specializing in content marketing, social media management and press releases. She is also the Founder of How to Create a Press Release, a free resource for business owners who want to generate their own PR.