When It’s Time to Fire an Employee

For me, it began weeks before the end. A little niggling here and there when it took one of my writers longer than it should to complete a project. Or when I sensed the stress in her tone in an email. But I ignored it, as many of us do when we’re strapped for talent. In the end, it was a mutual parting, an admission that maybe this wasn’t the best fit. 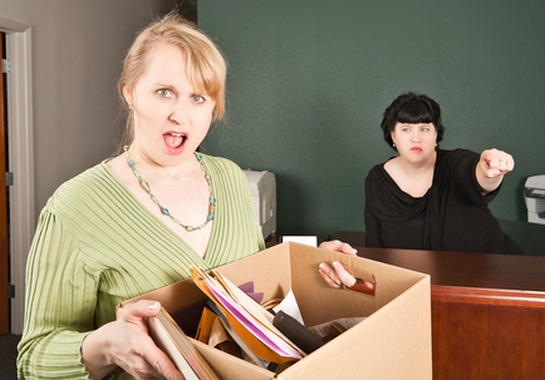 When you run a small business and have a lot on your plate, firing an employee is never at the top of your list. But what if that employee is slowing your business down, or putting your reputation on the line?

If you have a sense that an employee is struggling or is an ill fit for his role, take the time to assess how you defined that role when you hired them. Where did they stray from the path? Has this always been a problem, or only more recently? Once you’ve pinpointed from your end what the issue is, schedule a meeting to get their take on it. It may be that there are personal issues that are keeping their performance under its normally stellar level. In that case, you may be able to address the issue and move forward together.

Their lack of success may be due to your processes (or lack thereof) or other work impediments. It is your job as the business owner to remove any obstacles on the work front that may be impeding his success.

Next, Be Honest With Yourself

Sure, it’s easier not to fire someone, but if this employee is causing extra work, or keeping your company from growing, you’ve got to get over the fear of firing and just do it. If you’ve spoken to your employee as previously suggested, the firing should not come as a surprise. Resort to firing only if you have already exhausted other means for helping him succeed.

Firing should always be done privately, away from curious co-workers. Be prepared to provide reasons why you’re letting them go. This gives them some closure and also helps them know the areas they should work on to thrive at their next job. Be compassionate, but not overly so. I tend to get emotionally attached to my staff, so I see this as being a bit of a challenge. Don’t talk too much. Say what you need to say, then zip your lip. Your employee may have some things to say, and you should listen.

Be sure to go over any severance or medical benefits details in the meeting, and provide paperwork on the same (because they may be in shock and not be truly listening).

As a business owner, it’s your responsibility to ensure that you have the best staff for the job. Firing is simply the opposite side of the hiring coin, and it’s a necessity for your company’s success.