Women Rock the World: And Not Just on International Women’s Day!

In honor of International Women’s Day (@womensday) on March 8, 2012, we’d like to look at the women that are shaping the small business landscape and tip our hats to them (us!). 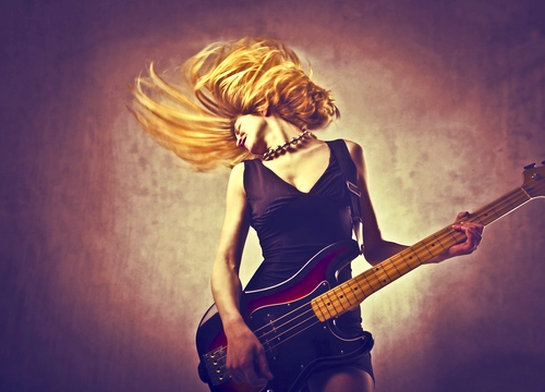 Lauren Fisher co-founded her Dublin based social media and PR firm, Simply Zesty, when she was just 23 in 2009 with Niall Harbison. The company grew from a small business operating out of a bedroom to a 22 employee team that handles clients like Vodafone and Sony. A short three years later, she and Harbison are selling the firm to UK’s UTV Media for an initial consideration of  £1.7 million.

Sarah Prevette (@SarahPrevette) is the founder of Canadian Sprouter, a resource for startup founders. She was on Inc. Magazine’s 2010 30 under 30 list for her work as an entrepreneur, and has been featured in media such as The Wall Street Journal, Forbes and Wired Magazine.

Laura Fitton (@Pistachio) is the founder of social media marketing company Oneforty. In 2011, her company was acquired by inbound marketing software company HubSpot. She also is co-author of Twitter for Dummies.

Rhea Drysdale (@Rhea) and Lisa Barone (@LisaBarone) are co-founders of the Internet marketing company Outspoken Media. In addition to being experts in SEO and social media, both Drysdale and Barone write and speak on their industry for well-respected media.

Over at MyPRGenie, Miranda Tan serves as CEO. The PR platform has been named 100 OnDemand Software Company, as well as other honors. Tan lends her years of expertise in PR and marketing to the company.

These are just a few examples of the myriad of women in small business around the globe. There are many more who deserve to be recognized.

A rising trend — especially in industries where women have been absent until recently — is the incubator for women. Women Innovate Mobile is one such startup accelerator and mentorship driven program geared toward the mobile industry. The 3 month program, which takes place in New York City, provides marketing and technical resources for female entrepreneurs, as well as $18,000 in funding. The NewME Accelerator supports not only women, but also ethnic minorities with its 12 week program.

There are also support groups, like Women in Wireless, that provide support for specific industries. This increase in women based resources signifies that there’s only more good to come out of businesses run by women. Websites like Entrepreneur’s Women’s Center and SBA’s Women-Owned Business portal provide content and resources geared toward the specific needs of female business owners.