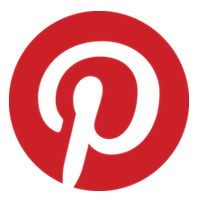 Pinterest has been the social media darling of the first quarter of 2012.  An Experian report found it was the 3rd most popular social site (although some question that ranking).

The image-based social site has had its share of controversy, though.  In February it was criticized for briefly dabbling with Skimlinks, a service which substituted affiliate links for the pinned image links users had submitted.  Part of the reason for such outcry is that Pinterest itself was substituting affiliate links.

Now another service, called PinDollars, aims to help Pinterest users make money off their pins directly.  PinDollars lets you pin items to your Pinterest boards as you normally do, but if you use the PinDollars button it inserts an affiliate link. The site says:

Put your pins to work.

Pin to your boards like you normally do, but get paid for doing it. Just signup, use our button that works exactly like the one you already have, and watch the clicks add up.

However, PinDollars may have a short lifespan.  Before you get too excited over PinDollars, consider the following:

UPDATE APRIL 25, 2012:  A notice on the PinDollars site says:  “We launched PinDollars with the hopes of empowering Pinterest users to make money from their pins, just as Pinterest was doing. Apparently they don’t like competition because all PinDollars urls are now being blocked as spam by Pinterest.”