Affiliate Tax Law Struck Down: 3 Problems With The Laws

Nine months ago the Performance Marketing Association (PMA), filed a lawsuit against the State of Illinois over a newly-passed law requiring out-of-state retailers that sell to Illinois residents to collect and remit sales tax.  The theory behind the law is that by advertising through affiliate marketers located within the state of Illinois, a retailer establishes a “nexus” similar to a physical presence in the state — even if it has no place of business or employees there.

Immediately the law was described as devastating and doomed to lead to “no revenue, lost contracts… and lost jobs.”  To avoid collecting the tax, and to call attention to the issue, shortly after the law’s passage multiple online retailers (including Amazon, Overstock, Zappos and others) terminated their relationships with Illionois-based affiliates.  To stay in business, affiliate businesses like FatWallet, a 50-person small business, were forced to leave Illinois altogether. 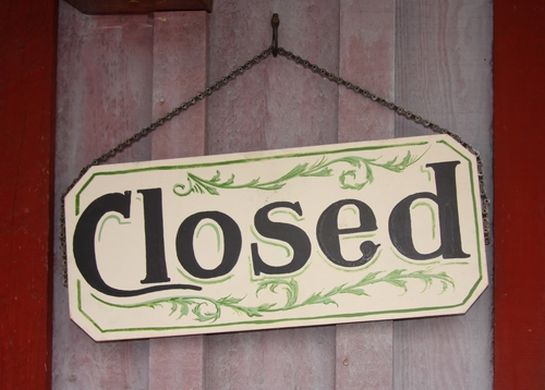 Yesterday, however, something significant happened.  On April 25, 2012 in an Illinois Circuit Court, Judge Robert Lopez Cepero struck down the law.  He ruled that the Illinois affiliate nexus tax law violates the Commerce Clause of the US Constitution, declaring “the activity described in the statute does not establish nexus.”

The ongoing tax grab against online merchants who market through affiliates is a nationwide problem.   (See our coverage of the many affiliate tax bills and laws).  Yesterday’s Illinois court decision, coupled with a recent Colorado ruling) signifies that the issue will not be left up to individual states.  Rather, it is a matter of interstate commerce and therefore of national concern.

This is a polarizing issue, and it would be easy to look at it through one lens only.  However, there are at least three inherent problems with state-specific affiliate nexus laws:

1. It isn’t all about Amazon – Yes, in the beginning those who propose such bills hope to get additional tax revenue for their state, and with Amazon.com landing 25 cents of every online dollar spent in the U.S., it isn’t unusual for the legislators’ rhetoric to reference Amazon. However, it isn’t only Amazon.com being affected. Look at the bigger picture.  There are 75 more cents in every dollar that go elsewhere. Such state laws affect all online merchants that market through affiliates.

2. There’s no “affiliation” as in an offline sense – In offline contexts “affiliate” often means “directly controlled”  (through ownership, ‘parent company’ relationships, or commercial and operating ties).  Online affiliates are very different. They are performance marketers who independently choose to invest their time, effort and money into promoting a merchant’s offers, being paid by the merchant only once performance (click, lead, call, or sale) happens. They aren’t “controlled” by the merchant.  They shouldn’t be viewed as its representatives (which is where the idea of “nexus” stems from), but rather – as a type of an independent advertising channel.

3. The effect is reversed – States hope to collect additional taxes by passing the laws.  What they do not take into account is the real-world effect.  As in the Illinois situation above,  in the real world what frequently happens is: (a) merchants who do not want to collect the tax (including the largest players) terminate relationships with affiliates who reside in the state, which, in its turn, leads to (b) real job losses [see chart here], and (c) a state’s loss of tax revenue due to less money coming in income taxes [see also this article and this post].

Legislators and decision-makers need to understand the above. Yet, presenting all sides is nearly impossible without pro-active lobbying by — and educational efforts from — affiliate marketers themselves.  Affiliate marketers, so many of whom are small business owners and self-employed entrepreneurs, must speak out to make sure all sides are considered.

Geno Prussakov is the Founder & Chair of Influencer Marketing Days and Affiliate Management Days and the CEO & founder of AM Navigator LLC. As an award-winning affiliate marketing expert, he has contributed to the online marketing success of such top brands as Forbes, Nokia, Hallmark, Warner Music, Skype, Forex Club, and hundreds of small businesses.
12 Reactions
Subscribe
Follow @smallbiztrends
RSS LinkedIn Pinterest iTunes