Best Buy was in the news recently as it announced a $1.7 billion quarterly loss, along with layoffs and the closure of 50 of its 1100 stores.  And then came the news that Best Buy CEO Brian Dunn had resigned upon mutual agreement.  If you weren’t listening carefully, you might have assumed the usual story:  poor financial results led to his forced resignation. 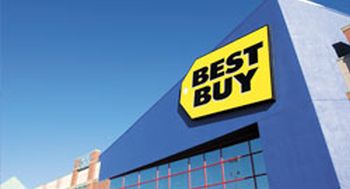 In fact, that isn’t the reason (at least not the main reason) he is gone.  The Board revealed that it was investigating an alleged inappropriate relationship Dunn had with a 29-year-old female subordinate.  The Board’s action involves claims that company assets were misused in that relationship — whatever that means.   It’s not clear how much money or assets are involved — whether it was a case of buying her gifts and padding the expense account, or paying her an exhorbitant salary she wouldn’t otherwise have merited, or something else.

Oh, did I forget to say Dunn is married?  Well he is, although he certainly wouldn’t be the first CEO who has had an affair — and with a subordinate.

But affairs with subordinates are tricky situations.  You might be tempted to think that in the 21st century, a relationship is a personal matter.  However, every relationship between a manager and a subordinate is the company’s business, to a degree.

Second, how other employees see things is often very different from the way the parties involved in the relationship see it.  A relationship at the CEO level with a subordinate often sets off a ripple effect of suspicions of favoritism, poor morale and churn — especially when a company is under fiscal stress like Best Buy.  The CEO is a very visible person.  All eyes are on him or her.  Employees and the Board lose confidence, secretly thinking “no wonder the company is going down the tubes and layoffs are imminent — your brain is somewhere else, Mr. CEO, and not on the company.”   Jealous co-workers or those on the outs with the CEO will be eager to rat out the CEO to the CEO’s boss, the Board.

That’s why publicly-traded companies take such allegations so seriously.  The whole situation is fraught with issues.  They may have no choice but to launch a major investigation, sometimes using outside law firms  — even if neither party in the relationship is complaining.

In Best Buy’s case, that relationship has had an impact well beyond two people.  Now it means more stress on a company already reeling.  Instead of focusing on fixing its business model, the company will be spending the next six months to a year recruiting a new CEO.

For Dunn, it will impact his and his family’s financial situation. Leaving a publicly traded company at age 51 as opposed to making it to retirement age, could be a loss of “hundreds of millions of dollars” according to commentator TJ Walker on Forbes.  And it’s not clear the impact on the subordinate, but I can tell you from past experience as Vice President of HR in the corporate world, at the very least it may put a cloud on her career, even if the company does not take adverse action against her.

So what does all this have to do with small businesses?  There are a few lessons.  A small business owner may not have to worry about a Board of Directors swooping in and forcing a resignation.  But consider the churn that may be going on under the surface.  It’s incredibly hard to keep a relationship a secret for long in the workplace.

And it’s not just the owner’s relationships I am talking about.  Any manager who has a workplace relationship with a subordinate can put the company at risk, opening it up to a harassment claim that would be expensive to defend, or might cause the business to go under.  Most small businesses do not have insurance to cover such claims, or are underinsured, according to Bolt Insurance Agency.

What can you do? Make sure managers know what sexual harassment is so they can avoid leaving themselves and the company open to a claim.  Keep your eyes open to budding relationships.  Take steps to take important decisions about the subordinate (such as pay raises) out of the hands of the manager, or when possible transfer the employee to another supervisor — yet stay fair to both parties.  In a small workplace it may be tough to take such steps, but you need to protect the business.

The Best Buy situation is a reminder that workplace relationships are full of issues that go well beyond the two people in a relationship.