BlackBerry And The African Market: What Does it Have to Offer?

The world of mobile technology has improved greatly over the years. The vast number of brands in the global market today has caused a great variation in the demand of some. One of the greatly affected brands is the BlackBerry, from the Canadian company RIM (Research In Motion). 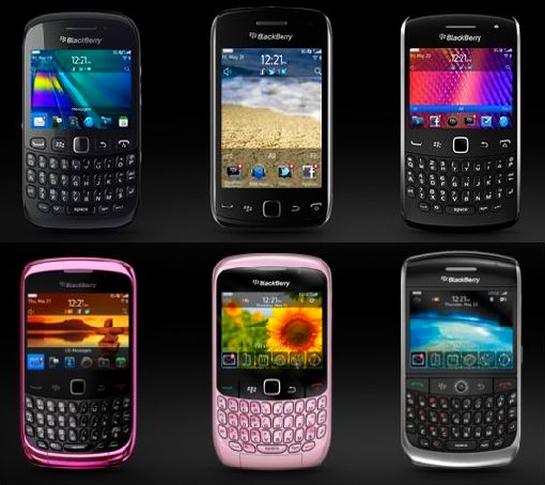 In the past few years, RIM has experienced a reduction in sales of the BlackBerry that occurred when other smart phones such as the Android and iPhone hit the market. However, RIM experienced this meltdown mainly in the North American market. In the African market, the reverse is the case. Presently, Africa is a ripe market for the BlackBerry.

“… Research in Motion should see Africa as a market that can play a key role in its plans for continued investment and growth in the smartphone business.There is no doubt that Africa is a market where you have a great mix of enterprise,small and medium enterprise and growing consumers. The continent is a fast becoming a commercial hub with a healthy appetite for high-tech commercial solutions.RIM enjoyed a year-on-year growth of 27% in Africa, according to IDC’s Africa Quarterly Mobile Phone Tracker 2Q 2011 survey.Overall,smartphone shipments grew by 65% year-on-year.BlackBerrys have carved a niche for themselves in Africa like no other smartphone brands….”

He goes on to point out that this is why “over 3,000,000 new business popping up in African provide an ideal market for RIM than other platforms.”

This is a viewpoint I agree with.  With this in mind, the question here is, “Why is Africa embracing the BlackBerry?”

Like every other place, Africans love technology and this is no wonder why BlackBerry has carved a niche for itself in the African market. Like every other mobile device, BlackBerry also has features like gaming and Internet browsing. But it owes its craze in Africa to its BBM (BlackBerry Messenger) and Appworld features. These features are responsible for the viral effect it is creating on the African market. The BBM has this affinity because of its ability to share text and voice messages as well as pictures and video clips. It has become the most downloaded free app from the BlackBerry App world in Africa.

BlackBerry provides various advantages for its users, for those active in social media and those in the business world alike. Social interaction is one of the reasons why BlackBerry is found more among youths that any other age group in Africa.  Youths use the BlackBerry Messenger service to text messages to one another, share images and connect socially.

In my country of Nigeria, almost every household has a BlackBerry.  Despite prices of $150 and up per device, people will sometimes sell other belongings to buy a BlackBerry.

The BlackBerry gives its user a sense of class and belonging. It is no wonder that school students find it wise to sacrifice their school fees for the purchase of a BlackBerry device.  The different BlackBerry plans made available by the mobile service networks are enough to skyrocket the urge to get one.

According to Riu Brites, the product director at RIM for Africa, BlackBerry access in South Africa is affordable with flat rate plans.  In Nigeria, prices of the BlackBerry plans from the various mobile networks (Airtel, Glo and MTN) are from $5 to $10 per month, giving users the choice to pick what they feel is best.

Access to computers is harder to get in parts of Africa than in America and other areas of the world.  With the BlackBerry you can stay connected and conduct business without worrying about power or Internet access for a regular computer, and without the inconvenience of going to an Internet cafe to get online.

Can the BlackBerry device be as effective in business as it is in social media?

Saying that the BlackBerry is enough to replace a personal assistant is an ideal answer to this question. In business, many functions can affect operations. Functions like scheduling of business meetings, electronic filing of important documents, secure online transactions, secure business conference calls, sending of eleventh hour calls-to-action to staff and executives, on-the-go customer support and other functions can not be overlooked.

Not long ago in my country Nigeria I saw where a politician had used the Blackberry service to answer the queries of his followers via Facebook (a prompt reply is a great way to show that peoples’ opinions and queries are important to him and there by increasing trust).

I use my BlackBerry daily to run my Web-based business.  It lets me be out and about, and still stay connected anywhere — in a bus or wherever I may be. With its Messenger and secure email service, business people can handle questions and achieve on-the-go customer support. With its secure Internet connection, online transactions can be made with ease. The BlackBerry was made with security and flexibility in mind and this is sure to increase business productivity when used effectively.

In the African market, many new businesses get established by the day which leads to growth of customers. Since the BlackBerry is not only useful for individuals but also for businesses every newly established business becomes a potential customer.  As long as a product is a problem solver, then its demand is sure. This is the case with BlackBerry.

In the future, RIM should continue to invest in Africa in terms of its BlackBerry product. As long as they keep up with the development of new and better features for later BlackBerry models, the African market will continue to be an ever loyal customer base.

Valentine Belonwu is from Nigeria and is the Founder of Business Gross, a site designed to help individuals understand that the economic and political climate is crucial when mapping out a quality financial strategy in their lives.
13 Reactions
Subscribe
Follow @smallbiztrends
RSS LinkedIn Pinterest iTunes