Bubbles occasionally burst in business, too. 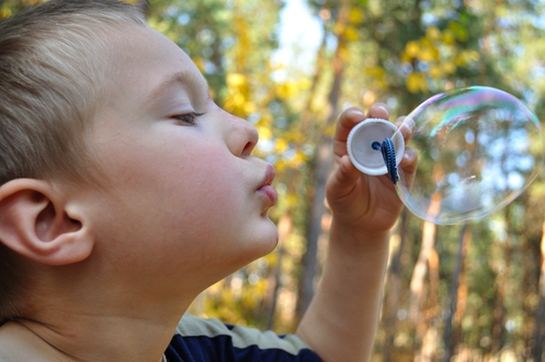 Anita Campbell, Founder of Small Business Trends, recently wrote about Instagram, the photo-sharing application that was purchased by Facebook for $1 billion. In her thought provoking article, she made a point mentioning the fact that The New York Times, (which has been publishing continuously since 1851) has a public stock value less than Instagram’s $1 billion price tag. (Amazing!)

In response to one of the comments on her post, Anita responded by reminding readers of the fact that Instagram doesn’t even have a revenue model yet. And yet, Facebook wrote a huge check for it. What gives?

It’s been said that, “Pain has no memory,” and this transaction could prove to be one of the best examples ever given for that quote. Could we be headed into another dot-com bubble?

To refresh your memory, I’ve included the formal definition of one, for your reading pleasure. From Wikipedia;

“A combination of rapidly increasing stock prices, market confidence that the companies would turn future profits, individual speculation in stocks, and widely available venture capital created an environment in which many investors were willing to overlook traditional metrics such as P/E ratio in favor of confidence in technological advancements.“

Maybe this time it will be an “App” bubble…or maybe even a “Tool” bubble. Only time will tell.

Naturally, I started thinking about my industry, and some of the possible “Franchise” bubbles that could be on the horizon, but for reasons that have nothing to do with a “no revenue” model.  Take these examples:

In the 1980’s, shops appeared almost everywhere; the big names were Arkansas-based TCBY, and I Can’t Believe It’s Yogurt, which was purchased by Yogen Fruz in 1996.

I remember how “hot” frozen yogurt was back then, because it was around the time my Dad started his franchise consulting business, and TCBY was all he talked about. TCBY remained popular for a few years, but they ran into problems, and ended up being bought by Mrs. Fields Famous Brands. (Mrs. Fields just recently avoided a 2nd bankruptcy filing.)

Two dominant brands battled it out in the 80’s, and both were bought out. Today, there are more than 20 different frozen yogurt franchise brands competing for prime retail space, and consumer dollars.

(FYI; in the past year, I’ve been contacted by no less than four people who’ve wanted guidance on turning their one-independent frozen yogurt shops into franchises.)

On the surface, seniors are a strong demographic to target. According to the US Census Bureau, 20 percent of the US population will be 65 and over by the year 2050. (Currently, it’s around 13 percent.) Obviously, this is a growing market.

Recently, I thumbed through a recent copy of The Franchise Handbook, a 25-year old publication that’s delivered to bookstores on a quarterly basis, and counted 35 different Senior Care franchises. While that may sound like a lot of franchises focused on the senior population, you need to realize that those are only the ones that advertised in one particular publication. There are even more.

“I’m getting a little concerned. I’m starting to wonder if there will continue to be enough senior citizens to go around.”

In addition to the plethora of franchises that are focused on senior care, there are thousands of independent small businesses that offer the exact same services throughout the country.

So far, all the franchise types that I’ve mentioned are bringing in revenue, and for the most part, they’re adding new units.

Here are my questions:

I’d love to hear your opinion.

Joel Libava is the Franchise Expert for Small Business Trends. Joel, The Franchise King®, equips today’s prospective franchise owners with time-tested, proven techniques designed to increase odds of success. He does this through one-on-one coaching, and gobs of useful content that can be found on places like Small Business Trends, SBA.Gov, and his award-winning franchise blog, The Franchise King Blog . He’s been featured in Entrepreneur® magazine, and is frequently called upon by national media outlets and publications for his no-spin insights into the world of franchising.
9 Reactions
Subscribe
Follow @smallbiztrends
RSS LinkedIn Pinterest iTunes