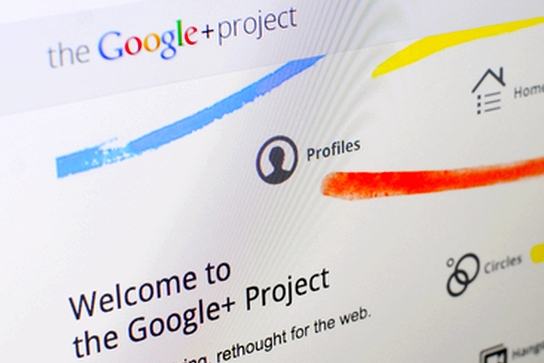 “I was surprised by the number of marketers who are committed to expanding their work with Google+,” said Michael Stelzner, founder of Social Media Examiner, “70% is a huge number and that means Google+ will be a big force in 2012.”

For the past four years Stelzner has released an annual report on the social media marketing industry. Each year, the findings tell us what’s new in the world of social media. In general, we’ve seen a shift toward more social media adoption from brands, which is good news for the industry as a whole. In fact, this year, 94% of those surveyed are using social media. That’s up 6% from two years ago.

If Google + is a ghost town (its users spend on average three minutes a month there, compared to the 405 minutes a month spent by Facebook users), why do so many marketers want more of it? The answer, most likely, is due to the fact that Google + activity appears in search results. Its newly-rolled out Search Plus Your World displays the preferred results of a Google user’s contacts above others. For businesses angling to move up in search engine results, this is a huge boon. There are critics, of course, who feel Google is unfairly pitting Google + users’ results above more relevant content, but that’s to be expected in the grand Google debate.

Google + ranked sixth most popular, among the commonly used social media tools in the report. It ranked just above photo sharing sites, forums, bookmarking sites, geolocation and daily deals. There’s a chance that could increase in the next year, as 67% of those surveyed plan to increase their use of Google +.

What are We Getting Out of Social Media?

Marketers are still asking how they can benefit from Google +, and there aren’t a lot of convincing answers just yet. But ROI has always been a point of contention for those on either side of the fence. Long have bosses been asking about the benefits of social media (i.e, how does it affect their bottom line). In the survey, here’s what marketers said about social media benefits:

Sadly, the report didn’t provide the magic bullet we’re all looking for: how to measure the ROI of social media. However, that was the #1 question those surveyed still want an answer to (us as well!).

While we know that there are newcomers in the social media world this year, there’s a surprising lack of mention of Pinterest in the survey. That’s because of Pinterest’s tremendous growth which occurred after the survey was conducted. I imagine we will see much more about it in next year’s results.

Part of an Overall Marketing Strategy

Just like I always say: be in as many places as you can to reach the maximum number of potential customers. While the verdict is still out about the effectiveness of Google + for small businesses, the fact that we’re still seeing new players means that social media will continue to evolve for the better.

The 2012 Social Media Marketing Industry Report is available as a free download until April 19.

Susan Payton is the Communications Manager for the Small Business Trends Awards programs. She is the President of Egg Marketing & Communications, an Internet marketing firm specializing in content marketing, social media management and press releases. She is also the Founder of How to Create a Press Release, a free resource for business owners who want to generate their own PR.
14 Reactions
Subscribe
Follow @smallbiztrends
RSS LinkedIn Pinterest iTunes