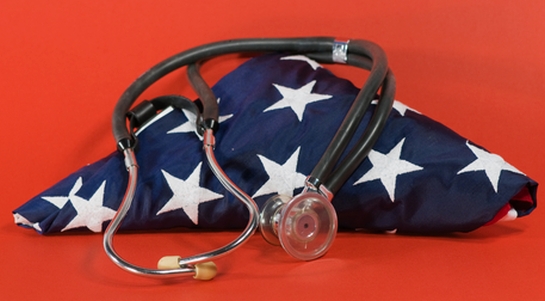 Signed into law by President Obama two years ago, The Patient Protection and Affordable Care Act — commonly referred to as “Obamacare,” is designed to reform the American healthcare system. The law requires individuals not covered by employers or government-sponsored insurance plans to purchase health insurance or pay a penalty. This is what is called the “individual mandate.” The act also increases insurance coverage of pre-existing conditions and expands access to insurance to 30 million uninsured citizens.

At the heart of the debate is the requirement that Americans carry health insurance or pay a penalty. Opponents claim that requiring citizens to pay for health insurance is unconstitutional.

The National Federation of Independent Business (NFIB) is arguing against the “individual mandate” of the Affordable Care Act. According to an article by Emily Maltby and Angus Loten of The Wall Street Journal, the:

“NFIB, a conservative-leaning small-business lobby based in Washington, D.C., spent more than $1.2 million total on the lawsuit in 2010 alone.”

Many small business owners claim that if they are required to pay for their employees’ healthcare costs they would not have sufficient cash flow for operating costs and would be forced to close their doors. The last thing that the American economy needs, at a time when the recovery from the Great Recession is still so fragile, is a law that increases the cost structure of small companies.

The Supreme Court could strike down the individual mandate. However, in doing so, two important and politically popular sections of it would suffer: the rule that prevents insurers from declining coverage or charging higher rates due to pre-existing medical conditions.

I agree that something must be done about the healthcare system. As many physicians tell us, they are squeezed on both side of the accounting ledger. Operating costs — including ever-rising malpractice insurances rates — keep rising. Additionally, those who are still paying off medical school loans have an added financial burden.

Further, the government has mandated that health care providers transition from paper patient records to electronic medical records by 2014. While there are many benefits to having digital records, it is time-consuming and costly. Converting to digitized patient records can run in the tens of thousands of dollars, depending on the size of the medical practice.

Meanwhile, numerous insurance companies no longer pay in 30, 60 or 90 days, they take 120 or more to settle claims. Medicare pays sooner, but the reimbursement rates are capped. If, for example, a visit or a procedure is capped at $70, it is not fair to doctors in places like New York, New Jersey, Philadelphia, LA or Boston, where overall operating costs are so much higher than in less densely populated areas. What’s worse is that private insurers tend to mirror Medicare rates.

Clearly something has to be done to prevent physicians from going broke while enabling small businesses to thrive.

It is no secret my support for small business owners and my belief that entrepreneurship is indeed the way to grow the economy. Placing the healthcare cost burden on small businesses will suppress the number of jobs that they are able to create.

We need to bring tort reforms to control the cost of malpractice insurance premiums for doctors, as well as cap the healthcare premium increase which small businesses have to pay on a yearly basis.