Women Entrepreneurs: Bullish About Their Businesses, Bearish on the Economy

How do women business owners feel about the economy in general, their business outlook in particular, and the role of government in business? The Hartford surveyed women entrepreneurs in honor of Women’s History Month last month to learn the answers to these and other questions in its Small Business Pulse survey. 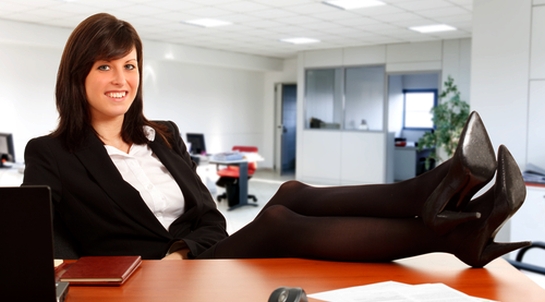 They’re not as optimistic about the economy. When asked to gauge their level of optimism that the national economy will grow stronger this year, only 53 percent of women feel optimistic, compared to 64 percent of men.

They acknowledge challenges ahead. Perhaps because of the economy, women business owners still face challenges this year. Their major challenges:

They’re taking a conservative approach. When asked to rate the overall level of risk they are currently taking with their business, 55 percent of women small business owners rate themselves as conservative, compared to 47 percent of men.

They don’t regret this approach, either: 80 percent of them don’t think taking more risk would have made them more successful. Just 67 percent of men feel this way. And a whopping 96 percent of women who describe their approach as conservative feel successful in their businesses, compared to 83 percent of those who take more risks.

They’re looking to government for help. Ironically, while government regulations were named as a major challenge by more than one-third of the women responding, women aren’t writing off the government altogether. Eighty-nine percent say a presidential candidate’s position on pro-small business policies will have an impact on their vote, compared to 79 percent of men.

In fact, 55 percent of the women surveyed say it will have a major impact, compared to 45 percent of men. Women were also more likely than men to believe state and local government should take the lead in providing help and support for small business.

How do these attitudes compare to yours? Do you feel optimistic about your business’s prospects for the coming year?