Is It Worth It To Advertise In Your Local Newspaper?

Your small business’s advertising budget represents an area of discretionary spending that can be one of the hardest to analyze for return on investment.  Indiscriminate ad placement is not an effective strategy.  Failing to land your message on the right audience is like throwing money into the wind. 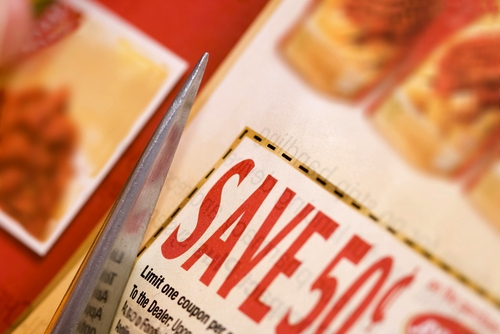 Ad sellers will offer hosts of reasons why their print advertising venues are right for you.   But where is money well spent?  And is it worth it to advertise in your local paper?

The answer is:  it depends on what you are selling and how you define your ‘local’ newspaper.

Sunday mornings used to be brisk affairs for newspaper advertising.  The newspaper’s ad inserts yielded important clues about your upcoming week’s buys.  Price-point shopping was led by big box sellers that did their most aggressive weekly discounting for the captive Sunday morning newspaper crowd.  Consumers knew that even if they were not in the market for a door or porch railing, they still knew where to get one and how much it cost, because Lowe’s, Home Depot and Menard’s each kept them enlightened.

And because the ads were inserted together, the mass marketing effort became tied to the couponing ritual. Looking to save a couple bucks on margarine and frozen fish dinners?  Consumers were clipping coupons anyway, so they might as well save on the Sears promo for the stainless steel gas grill.

The point is that businesses of all sizes could count on predictable consumer habits.  Even if a small business’s budget didn’t allow for a multi-page advertising insert, added value could be gained just by showing up at the party.

Small businesses that sell to consumers (versus to other businesses) have had by far the most options in newspaper advertising.  A theater district restaurant could fill seats with an entertainment section coupon in a small ad.  A travel agency might trace bookings to a well-placed travel-section ad.  Even classified advertising was an effective way to bring attention to your small home improvement or other service business.

But readership is down for print media, and ad sales are down even more sharply, driven by shifts in reader habits and an overload of information that hardly allows us to absorb an ad, much less clip it.  In Sunday’s Chicago Tribune, the SmartSource advertising insert and the P&G brandSAVER are still hawking food and toiletries alongside big box flyers.  So the print-marketing paradigm is still being applied.

What’s fading, though, is the value for small businesses that could once attach themselves to the newspaper advertising juggernaut.  What used to be a sure thing, no longer is.

Small businesses, especially those catering to consumers, have compensated by shifting their ad spend to alternatives, including daily deal coupons, location-aware services like Foursquare, and hyperlocal news outlets (i.e., your small suburban newspaper or local-news website).

For small businesses, positive returns are often present with hyperlocal newspapers because the papers publish community news and events.   By association, your ad finds its way onto a local reader’s radar screen.  Smaller community newspapers may be eight to forty pages, often in a tabloid size.  Some of those pages will be dedicated to local advertising, where the ad rates run on the cheap side.  That’s because the publication will be smaller and doesn’t have the cost structure of the major-metro newspaper.  Small community newspapers are actually growing, even while their larger counterparts are struggling.

Recently,  Street Fight, which focuses on hyperlocal content and commerce, conducted research with select local small businesses. The upshot?  Small businesses are moving more of their advertising efforts to “hyperlocal opportunities” to find customers and generate business, because it meets their needs. 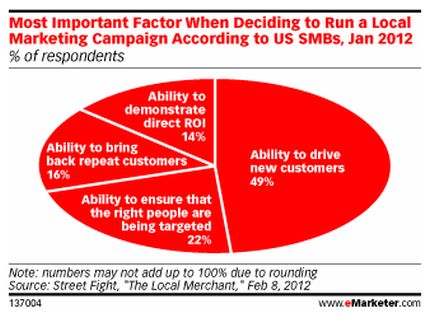 Street Fighting noted that they learned the following:

1. Local merchants want new customers. This is a chief concern even over direct ROI in a campaign.

2. However, they do like the transparency that digital options offer versus the print platforms that previously were their primary options.

3. Some local merchants are already spending 100% of their budgets on hyperlocal — with the intent to continue this focus.

4. Yet, “free” and “no upfront costs” are, not surprisingly, very big draws for local merchants, which is why they continue to try daily deals services even as they experience inconsistent results.

5. And that hyperlocal sites are perceived as a natural evolution of their print marketing budgets.

In addition, according to an EMarketer report, U.S. local online ad spending is also expected to grow, anywhere from 8% to 18% annually.  So if the publication has a local website, that may also be a viable spot for advertising.

So what’s the answer to the question, “is it worth it to advertise in your local newspaper?”  For many small businesses that sell to consumers, yes it is — provided you think of your local newspaper as not being the major-metro newspaper but the local community or suburban newspaper, where the audience is targeted, the ad rates lower, and the staff motivated to place your marketing message with more of a personal touch. And you may also want to consider more online hyperlocal advertising alternatives, too.

Anita Campbell is the Founder, CEO and Publisher of Small Business Trends and has been following trends in small businesses since 2003. She is the owner of BizSugar, a social media site for small businesses.
26 Reactions
Leave a Reply Cancel reply
Subscribe
Follow @smallbiztrends
RSS LinkedIn Pinterest iTunes