Time for the U.S. Penny to Go

I saw a Twitter tweet from a penny today.  Not a woman named Penny, but a penny coin.  The Canadian penny, to be exact. 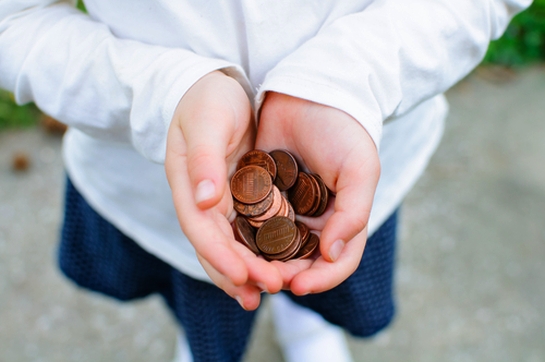 The Canadian government recently announced its intention to eliminate the penny as a cost saving measure.  In a last ditch effort to save face (value), the Canadian penny took to Twitter. And now, the determined discus has launched a media blitz to have its two cents heard.

As it turns out, the penny, while short on purchasing power, is long on class and has only one altruistic message for followers:  Donate me to your favorite charity. At Show Your Roll, visitors are urged to submit favorite penny photos and outline last wishes for their donated Canadian pennies.

America’s copper counterpart must be quaking in its coin purse.

Some would argue that we are already well on our way to a penniless society here in the United States (pun intended).

All humor aside — on Main Street a penny is a tangible part of daily life that must be collected, counted and hauled to the bank.

Is the penny worth keeping, or should it go?

Each U.S. penny costs 2.4 cents to make.  Despite being a drain on the U.S. taxpayer they are still in circulation, and retailers have to deal with them.  Never mind that it’s nearly impossible to find anything you can buy for a single penny today.  Good luck finding a mom and pop penny-candy store, or a gumball machine that still accepts the copper colored coin.

But if you are a retailer or you are simply a shopper at your favorite independent retail shop, you may encounter the last bastion of face-to-face commercial civility, when you reach into the “need a penny, take a penny” cup to round out your purchase.  Are we really ready to shed this icon?  And take away that little bit of generosity shared by others?

Some shops automatically round up a few cents just to avoid wasting time making change with pennies, and having to deal with hauling them to the bank to convert.  Some retailers have been known to refuse to accept large numbers of pennies due to the hassle involved in counting and accepting them.  Waiters routinely avoid dealing with them, often rounding up to the nearest nickel, dime, quarter or dollar bill when making change.

Some consumers hate to mess with pennies, too. They are bulky to carry, and you can’t use a penny by itself to buy anything. Penny haters have even taken to YouTube to vent.

Some shops have decided to take it upon themselves to eliminate the penny.  For instance, this chain of bicycle shops has announced that it is eliminating pennies from its stores on the grounds of being wastes of time and money, as well as bad for the environment due to mining activity, noting:

“… we have decided to eliminate pennies from our stores. For all cash transactions where pennies would have been used, we will be rounding down in favor of the customer to the nearest nickel. You might wonder why we might want to do this? The answer is simple, it’s good for the environment and good for business…”

You can find websites dedicated to retiring the U.S. penny and even a Facebook Group, “Citizens for Retiring the Penny.” And this article claims pennies are worth less than nothing.

I think the penny has outlived its usefulness.  The penny is wasteful for businesses and consumers alike.  If businesses just started rounding to the nearest nickel it would be less hassle for everyone; less time wasted counting out change with  shorter check-out lines making happier customers; less time wasted reconciling cash receipts down to the penny.

So the question for you is:  are you ready to get rid of using pennies?  If you run a retail outlet or accept cash in your business, will you continue to accept pennies or are you ready to make as bold a move as the bike shop example?  And as consumers, would you miss the penny in commerce?