May is full of important health and wellness awareness dates, including Employee Health & Fitness Month, Disability Awareness Month and Women’s Health Week (May 13-19). 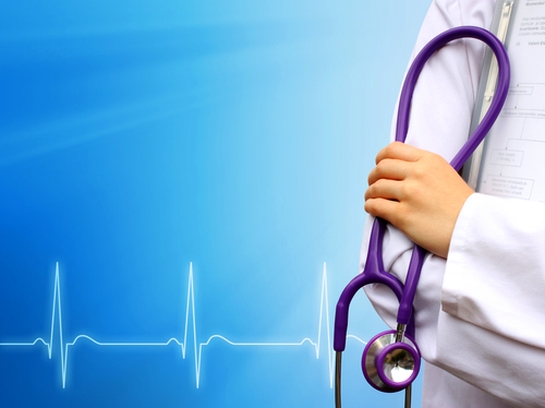 However, whether or not small businesses recognize these and other official declarations, there are two critical observations decision-makers need to make about their employees today, and consider year-round, because of their potential to directly impact business productivity and turnover costs.

First, U.S. workers are in denial about the likelihood of accidents and serious illnesses. In addition, they are not prepared to handle the financial consequences of unexpected health issues.

When it comes to anticipating a serious illness or accident, Americans may be overly optimistic. According to the American Cancer Society’s Cancer Facts & Figures 2012, one in three women and one in two men will be diagnosed with cancer at some point in their lives. The American Heart Association’s Heart Disease & Stroke Statistics 2012 shows that one in six U.S. deaths in 2008, was caused by coronary heart disease.

Despite these findings, the 2012 Aflac WorkForces Report revealed six out of 10 workers (62 percent) think it’s not very or not at all likely they or a family member will be diagnosed with a serious illness like cancer, and more than half (55 percent) said they were not very or not at all likely to be diagnosed with a chronic illness, such as heart disease or diabetes.

In addition, despite optimism about their physical health, the study reveals that American workers also are concerned about their financial health, and many admit they are unprepared to handle the financial consequences of a serious illness or accident in their family.

Half of American workers (51 percent) are trying to reduce debt, according to the Aflac study, and nearly six in 10 (58 percent) don’t have a financial plan to handle the unexpected. In addition, only eight percent of U.S. workers strongly agree their family will be financially prepared in the event of an unexpected emergency, and 28 percent have less than $500 (51 percent have less than $1,000) in savings for emergency expenses.

These are among the personal challenges weighing on workers’ minds daily and impacting individual productivity through absenteeism and distracted work. Decision-makers are keenly aware. In fact, 63 percent of leaders at small businesses believe that productivity is lost because employees are concerned about personal issues, according to the study.

The fact that American workers aren’t aware of their medical risks and the potential financial impact of those risks is a very real concern that is only compounded when workers don’t take full advantage of available benefits options or adjust their savings strategies to be more prepared.

For example, when asked how they would pay for out-of-pocket expenses due to an unexpected illness, the study found that more than half (57 percent) of respondents said they would have to tap into savings, 30 percent would use a credit card and 19 percent—nearly one out of five people—would have to withdraw funds from their 401(k) plans to cover the costs.

Now, more than ever, American workers need to understand that well-being means more than just good health—it’s being prepared for the reality of whatever life may bring and taking the necessary measures to protect themselves and their families. A very real connection exists between health and finances—a worker’s financial stability and employment security can be threatened by an unexpected illness or accident, and conversely, the ability to obtain adequate medical care can be influenced by finances.

Many Benefits of Employer Action

Most individuals are looking to their employers to educate them about all available benefits options, not just traditional benefits changes or choices, to better understand how they can have a more secure safety net.

The Aflac study revealed that 58 percent of employees at small businesses would be likely to purchase voluntary health insurance plans if offered by their employer. Yet, small businesses are least likely to offer voluntary insurance policies (just 19 percent, compared to 41 percent of medium-sized and large companies) for various reasons, including the common misconception that these policies will increase their health care costs. Workers’ perceived lack of benefits understanding also is a limiting factor.

For example, only 19 percent of HR decision-makers at small businesses believe their employees are extremely/very knowledgeable about voluntary benefits.

However, despite these low figures, small businesses excel at putting employees’ benefits interests first. The study found that small businesses are more likely than medium-sized and large businesses to rank taking care of employees as their top objective, with 23 percent ranking it first. More small businesses are realizing that making group voluntary insurance policies available to employees has no direct cost and may reduce corporate taxes by cutting FICA tax contributions.

Additionally, savvy decision-makers are seeing the value of voluntary plans to not only enhance a company’s benefits package and competitive status versus larger organizations’ benefits programs, but they can demonstrate to employees that they matter and ultimately help avoid the high cost of turnover.

Once benefit options are added or expanded, it’s critical for employers to effectively communicate year-round about how new benefit options like voluntary insurance can help with high out-of-pocket expenses associated with a serious illness or accident. By doing so, businesses can not only help their workers have a better understanding of the options that are right for them, but also help reduce common mistakes made during the enrollment process, generate stronger retention, and build greater appreciation for their total compensation packages.