Did you have a pleasant National Small Business Week? Or perhaps, like most microbusiness owners, you were too busy to notice? 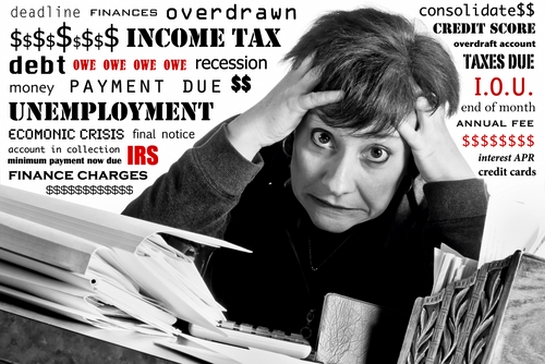 For the record, the Small Business of the Year honoree has never been a microbusiness, in spite of the fact that nine out of ten U.S. firms has fewer than five employees.

Meanwhile, while President Obama and Congressional Democrats and Congressional Republicans were all bragging about all the great stuff they’ve been doing or trying to do for small businesses — none of which is likely to be of much use to microbusinesses — the Government Accountability Office (GAO) released a report that is something of a case in point.

The Obama Administration is particularly proud of the small business friendly provisions in the Patient Care and Affordability Act. For example, there is a tax credit available for small employers that pay at least half their low-wage employees’ health insurance premiums (“low-wage” here means earning $11.50 an hour or less).

The idea behind the tax credit is to create an incentive for those small employers to start offering health insurance to their workers, something only 17% of them were doing as of 2009, and to make the premiums more affordable for said small employers.

It turns out that only 170,300 small employers from a pool estimated at between 1.4 million and 4 million eligible firms claimed the tax credit. The cost of the credit, pegged by the Congressional Budget Office at $2 billion in fiscal 2010, was only $480 million.

It’s very simple and fairly typical of what happens whenever Congress does something to the tax code as a favor to small businesses. The GAO report confirmed that the tax credit is so complicated to figure out that small business owners don’t want to take the time to figure it out. That includes figuring out which of their employees qualifies to be counted as an FTE (full time equivalent) worker, whether they qualified in terms of wages, and which employees could be used for a partial credit or full credit.

This is not the only tax benefit that microbusiness owners don’t use because of the issue of tax complexity. It is estimated that only about one-third of eligible firms use the Business Use of the Home deduction, and only about 9% of qualifying small businesses use the Section 179 business expensing deduction. Complicated rules, computational complexities and a general sense that the tax benefit isn’t worth the hassle is what keeps may microbusinesses from taking full advantage of the tax code.

I never thought this was a difficult concept but they have never seemed to “get” this one in Washington, from what I can see.

The fact that most of them don’t is not an indication of negligence or poor personnel management or miserly inclinations on the part of small business owners. It is simply an indication of the fact that their cash flow does not allow them to offer those benefits and a tax benefit that they won’t realize for a year isn’t going to make that money magically materialize in their company bank accounts.

Interestingly, neither Chairman Graves nor Ranking Member Snowe have released statements in response to the GAO’s findings, which were released in mid-May. It is possible that the report did not tell them what they wanted to hear or was otherwise insufficiently damning of President Obama’s health care reform initiative.

However that may be, this much is clear:  whatever the President and Congress intended by way of a small business friendly health care reform law, what they wound up with is every bit as useless for microbusinesses as most of the other small business policy that emerges from Capitol Hill.