So what do you your marketing plans look like for the next year? If you’re like the majority of small- to medium-sized businesses, they include putting together a mobile marketing campaign and making your move onto those smaller (but increasingly profitable) screens. And if they don’t, well, maybe they should! 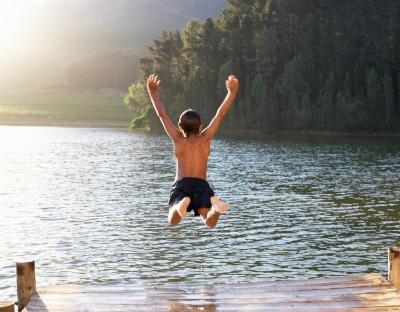 It’s worth noting that even the marketers currently putting off mobile know they have only have a short window where they’ll be able to ignore this trend. The world and the market are becoming increasingly mobile-reliant. If you want your customers to be able to find you, your business must go where they are. And they’re on the move.

There’s no getting around it.

For businesses already investing in the mobile revolution, 70 percent are doing so with mobile Web sites; 55 percent are building mobile applications; and surprisingly, nearly 50 percent have experimented with QR codes.

While just 40 percent of respondents said they’re using paid mobile advertising today, you can expect this area to grow significantly over the next year, especially if Google and Facebook have anything to say about it.

Earlier this month, Google announced it would finally be integrating AdMob’s mobile display ads, which appear in more than 300,000 apps on phones, into its AdWords platform. The new integration will make it considerably easier for SMBs to purchase mobile ads since they’ll be to do it directly within AdWords, the same place they’re purchasing other types of paid advertising.

Facebook has also automated mobile-ad buying to make it easier and faster for businesses to purchase mobile ad inventory.

Of course, the Strongmail data has now been corroborated by multiple other sources.

For example, the Small Business Mobile Survey, released in May, indicated that while 69 percent of SMBs view mobile as a significant growth source for the future, only 26 percent currently have a mobile-friendly Web site today and just 14 percent having a standalone mobile site. Interestingly, however, of those that do have a standalone site, 84 percent said they had seen an increase in new business due to these mobile marketing efforts.

But, again, even these business owners know they can’t ignore mobile forever, with 64 percent saying they plan to spend more in mobile marketing this year. They’re motivated to get involved by the ability to provide better service to existing customers, attract more local customers, and gain a competitive advantage.

It truly is the time for mobile. If you haven’t dove into the mobile waters yet, now’s the time to jump. The water’s just heating up.