Those who know me know that I am a strong advocate of bootstrapping. Of course, it’s not always feasible, but when it is, as in the case of Pallav Nadhani, CEO of FusionCharts, I believe every entrepreneur should bootstrap. 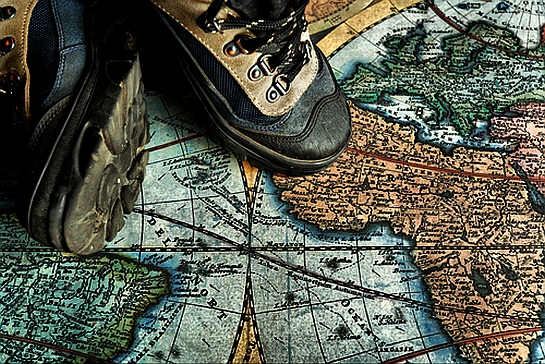 Pallav was born in the small Indian town of Bihar where he lived until the age of 15. After that, he lived in Kolkata with his father, a man with an entrepreneurial spirit of his own. Pallav’s father had started his own Web design company and Pallav helped out. He’d gotten his first computer at age nine and used it to teach himself Basic and C++. While helping out at his father’s Web design company, Pallav “picked up a few different Web technologies.”

One day, while browsing the Web, he discovered ASPToday.com, which was published by Wrox Publication. The idea for FusionCharts came when Pallav noticed that desktop applications didn’t look as good as Web applications, and came up with an idea to change Excel’s charting to a “webified interface.”

He described his idea in a tutorial article that ASPToday.com published. Pallav earned $1,500 for that article and used it to fund what would grow into a multi-million dollar operation with close to 500,000 people using its products.

Many people who read Pallav’s article started contacting him. They wanted to know if he could customize some aspect of his tutorial. So, he decided to create all of the requested customizations and use them as the foundation on which to build a product that he could sell. Because he didn’t know how much he should charge, Pallav started out only charging $15 because that was the minimum amount that a payment gateway he had signed up with would accept. That was in 2001.

Once Pallav’s first customers deemed the product a good one, Pallav put it up on a website and started marketing it by writing articles about “why people should not be using outdated charts in Excel when there was a better technology.” He had no money at the time, so guerilla PR – writing articles that indirectly promoted his product – was the only option available to him.

FusionCharts gained traction with the help of recommendations from clients whom Pallav helped integrate his application into the product for free, only charging them a licensing fee. In return, they wrote recommendations that led to more clients. Pallav continued to write guest posts. He also visited Web forums and talked about the features of his product.

Increased earnings allowed Pallav to start paying for online advertisements, which helped the company to grow even faster. By 2006, FusionCharts had almost earned $1 million and had a staff of 10 people.

Of course, pricing has come a long way. Where Pallav once charged $15 dollars for a product that’s designed for developers who can integrate charting with software applications, he now charges from $199 to $13,000 for the reseller license. Enterprise licensing can cost as much as $100,000.

FusionCharts has another product that’s designed for SharePoint users who require visualization on the platform. The fee for that is $1,299 per server. The third product is for non-technical users who need visualization that’s better than what they can get with PowerPoint. For that, the charge will be $49 per user.

The introduction of the iPad presented Pallav with a serious challenge because FusionCharts’ products require Flash and Apple doesn’t support it. Pallav’s answer was to partner with one his competitors to create a hybrid product that works on iPad, iPhone, Android, PCs and the Web, a strategic move that gave FusionCharts a big boost in business and, consequently, revenue.

Today, FusionCharts is a $7 million enterprise with a global clientele, many of them Fortune 500 companies. Pallav has increased his team to 60 people and increased its product offering to a total of 14. In 2011, FusionCharts opened a location in Bangalore.

Pallav has no interest in financing because, as he puts it, financing would not help him grow at this point. He runs a lean operation that for the seven years of its existence ran at 80% profit margin.

That’s quite an accomplishment for a young man who started his company with $1,500.