Yes, I’ve read them.  The stories are everywhere.  The economy is struggling and so are small businesses.  Perhaps The Great Recession is over but the economy is soft to say the least.  Bank loans are tough to come by.  Non-bank finance lending is way down – actually they are at their lowest levels since 1998 as Scott Shane reported here. 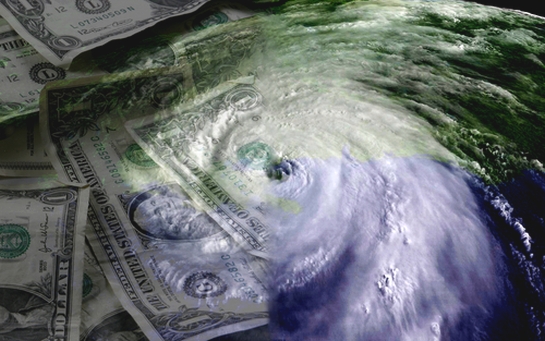 In fact, right now there is a lot of talk about Dr. Doom’s “perfect storm scenario” that Nouriel Roubini says is beginning to play out.  Months ago, Roubini talked about the combination of stalling U.S. growth, debt troubles in Europe, the slowdown in several emerging markets (led by China), and military conflict in Iran causing a “perfect storm” that would impact the global economy.

The recent reports of softer than expected job growth in the U.S. and the inflation report from China are fueling speculation that Roubini may once again be onto something.

We also know how important it is for small business owners to be able to access loans and lines of credit as they start, build, and grow their businesses.  Studies have shown that small business owners are hesitant to do things like hire additional employees and increase benefits to their employees when they cannot access capital.  They go into “survival” mode and do not expand and grow because the risk is too great.

Don’t underestimate the impact of these numbers – credit card borrowing is by far the #1 source of financing for small business owners.

According to the National Federation of Independent Business, 79% of small business owners use credit cards to run their business.  It’s actually down from 2008 when that number was 85%.  So it’s not only true that credit cards are a vital part of the overall funding strategy for small business owners, but in some cases, it’s the only form of credit they really have.

Despite the unemployment numbers still not being very encouraging, the percentage of credit card delinquencies has continued to get lower and lower.  Unemployment was at 10.0% at its recession-peak in October 2009.  Through the first 6 months of 2012 the rate has bounced back and forth between 8.1% – 8.3% so no real progress this year.

So what does all of this mean?  Well, I agree with the concerns shared by most about the state of small business today.  There are concerns galore.  However, with credit cards, we’re talking about the #1 form of financing that is used by nearly 4 out of 5 small business owners.

The banks are back to making nice profits in their credit card divisions and the write-offs are at historic lows so you’re going to see some slight adjustments made by lenders to extend more credit.  But here’s the key – they are going to do it to the “credit-worthy” consumers and small business owners.

Unfortunately the CARD Act has hurt small business owners so keep in mind that lenders are beginning to slowly get more generous with their credit lines on credit cards but you’ll still continue to see higher rates after the 0% introductory offers end.  Most of the people who seem to defend the CARD Act were the people who lobbied and pushed for it in the first place but here’s a good article from Forbes for those of you who aren’t clear on it’s negative impacts.

Fundamentally, the CARD Act brought regulation at a time when the market and our economy needed liquidity, the equivalent of going on a pasta diet when you need to reduce carbs!

Credit cards are a great financing tool for small business owners and sometimes it’s actually their only option.  I realize there’s an army of people out there who don’t like credit cards and that’s okay but they are like anything else – they can be used the right way or the wrong way as you build your business.

Where else can you find low-cost financing (0% intro offers are as good as it get’s and there are millions who have maintained very reasonable interest rates on their credit cards despite what CARD Act proponents may claim), not need collateral, have quite reasonable monthly payments, along with flexibility of monthly payments that is invaluable to a small business owner who is managing cash flow?

We don’t have time here to talk about the involved process of choosing the correct small business credit card but it’s clear that the prospect of some very slight loosening of the underwriting criteria has already happened in the credit card space and with the state of the overall economy let’s celebrate a small victory that will have a very positive ripple effect for small businesses everywhere!

Tom Gazaway is Founder and President of LenCred. His expertise is in helping small business owners who are in the first two years of business to properly obtain business financing that separates their personal and business credit while also protecting, preserving, and improving their credit profiles. Tom blogs on the LenCred blog, The Business Finance Lounge.
6 Reactions
Subscribe
Follow @smallbiztrends
RSS LinkedIn Pinterest iTunes