Dealing With “I Just Can’t Afford You”

Regardless of what you’re selling, most everyone in business has heard it: 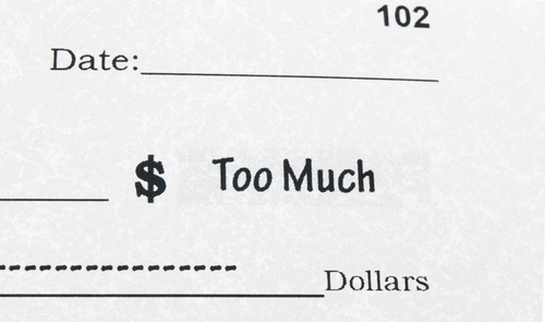 No one likes hearing that.  In some cases it might be true. In most, however, it’s not.

Why will a woman pay $300 for a handbag when she could find tons for a fraction of the price? Because, she’s convinced that the $300 bag is worth it. Even in the cases where the excuse is true, not being able to afford something hasn’t stopped 80% of Americans from buying it.

So, whenever a person says they can’t afford it, it usually means they just aren’t convinced of the value. Which means you have 3 options:

2.) Try to convince them otherwise.

None are good options.  The best option is to get some professional help to figure out what can be done (now) to more effectively communicate the value and benefit of the product or service you offer.

Take the Macintosh computer, for example. There was a time when it didn’t exist. Steve Jobs and his advertising team had to figure out what they needed to say to convince people that the Mac was worth the money. The rest, as they say, is history.

The fact is, that having a great product is only part of the equation. You then have to make sure you’ve done what’s necessary to communicate those product benefits in a way that resonates with your target audience. It’s not an easy thing to do, which is why savvy people like Steve Jobs sought out the best people to help them. Even with all his marketing talents Steve was the first to admit that he was no marketing expert. It’s why he brought in marketing expert, Mike Markkula, while Apple was still making computers out of his garage.

It’s a good lesson for every small business owner who thinks they:

2.) Don’t see the value of paying for the right help.

So, before you react to prospects who say, “I just can’t afford it,” be sure you’re not saying the same thing.

Too Expensive Photo via Shutterstock