Before I begin, I’d like to clarify that I understand that we only see what the editors want us to see on reality television shows. My discussion here is based on what we see. 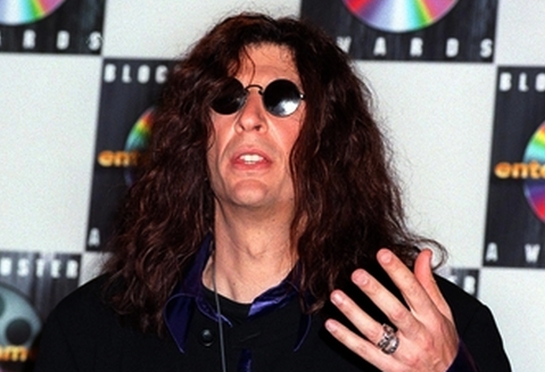 When I watched the Celebrity Apprentice final project, I was struck by the way the project leaders communicated. The competition was strong and the result of winning significant. It was apparent that the leaders were feeling the weight of the responsibility.

Whenever they were talking to their team or to the camera the word “I” was most prominent. They had chosen people to be on their teams because they respected those players and trusted them. Yet, Arsenio Hall and Clay Aiken never empowered them or talked about the team. It’s as if Arsenio and Clay didn’t trust the people they’d selected to complete their tasks autonomously.

Unlike real life, the teams were made up of celebrities who had no stake in the outcome other than the feel good from a job well done. Their livelihood didn’t depend on the success of the effort. So, they could tolerate being disrespected and even verbally abused.

Another example comes from America’s Got Talent. The addition of Howard Stern has been an essay in how not to lead. He’s the newest member of the judging panel. Sharon Osbourne and Howie Mandel have been on the show for years. Yet, Howard talks about how he is going to have to keep or let go of someone. He talks about “my show. ”  It’s as if Sharon and Howie aren’t even there. He speaks as if he is the sole decision maker for which acts make it to the next round. The fact is that he only has 1 vote out of three. He needs at least one other judge to agree with him in order to get what he wants.

These postures happen all the time in business and are, in my opinion, what contributes to dysfunction within organizations. If I asked you whether you’d rather work hard or work smart, I’m imagining you’d say smart.

Creating an environment where others want to work with you and help you achieve your goal is working smart. Being self-focused and dictatorial creates a situation where you end up working really hard to achieve your success. People aren’t as enthusiastic about working with you if they feel disrespected or discounted.

These two stark examples of a lack of leadership actually help us see what TO DO to be an effective leader:

1. Communicate the Goal and How Important the Teammates Are to Achieving it

This is something that should be done early and often. When people understand what you want to achieve, why it matters, and how they are a part of that process, they are more likely to work with you. Remember here that it’s about the goal – not about you or your needs.

When we keep our focus on the goal, we remove our egos and emotions. We are able to keep things objective and professional.

2. Empower Your Team in Decision Making and Taking Action

When you hire people or add them to your team, you are doing it because you believe they bring skills and abilities to the table. Let them use them.

Don’t micromanage; don’t order them around; don’t keep them on a short leash. You need them thinking and acting enthusiastically. That’s how you’ll get the most out of them. When people are contributing with the best of their ability, your team is stronger and your odds of success go up dramatically.

3. Seek Input and Ideas From Your Teammates

You know the saying, “Two heads are better than one?” It applies to this situation. You don’t have to have all the answers. I submit to you that you shouldn’t have all the answers. When you get your teammates involved in the ideas you get greater buy-in from them. Let them help you problem solve. They’ll be more committed to the outcome and you’ll be working smart.

Can you see how I’ve moved away from the leader holding all the cards to the team sharing the load? That is true leadership. When you actively engage your teammates to contribute with their skills and ideas, you make your team stronger.

People who are empowered tend to bring energy and results to an organization. The better you are at pulling those forces together, the greater leader you will be.

Being a leader doesn’t mean you have to know everything or have all the answers. It means that you understand that you need your team and that everyone plays a significant, valuable role.

Treat them as such by changing “I” to “We” and “Me” and you will find success much more attainable and enjoyable.

Diane Helbig is a Professional Coach and the president of Seize This Day. Diane is a Contributing Editor on COSE Mindspring, a resource website for small business owners, as well as a member of the Top Sales World Experts Panel at Top Sales World.
5 Reactions
Subscribe
Follow @smallbiztrends
RSS LinkedIn Pinterest iTunes