Sustainability And The Summer Olympics

The 2012 Olympic and Paralympic Games in London aren’t just about badminton and beach volleyball. They’re also a chance to show the world what can be done with environmental sustainability at one monstrous event. 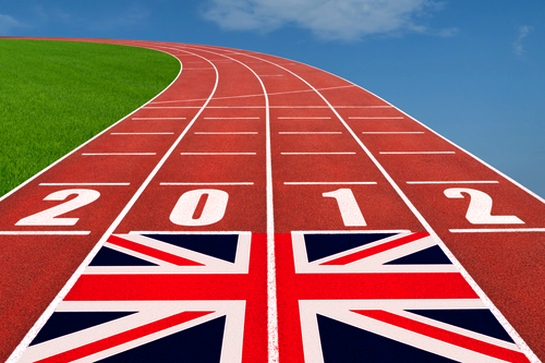 Organizers of this year’s event claim it will be the “most sustainable” Olympics to date, and they’ve spent years planning how to make it so – from how Olympic Stadium was constructed to the food served at the games to the transportation options offered. These measures will also likely have a lasting effect on London, as local businesses and Olympic vendors were pushed to adopt more sustainable practices and new urban green spaces were created for visitors.

Here’s a look at some of the interesting green practices springing up at this year’s summer games:

Sustainable fish. Roughly 14 million meals are expected to be served at this year’s Olympics, and many of those will likely be fish and chips. In early 2011, London committed to being the world’s first “Sustainable Fish City.” All caterers at the Olympics were required to serve sustainably sourced fish, which often meant finding new sustainable fishery suppliers. “Sustainable seafood” is that which is harvested at a sustainable rate, as to not deplete the world’s dwindling supply.

“Zero” Waste. London has billed itself the first “zero waste” Olympics, and the organizers put out several reports explaining how they planned to make that happen. It included ambitious recycling and reusing programs, as well as reducing packaging needs and other waste. Food waste at the games will be composted. About 90% of the material waste in the construction of the Olympic stadium was recycled or reused, so it didn’t end up in a landfill.

Transportation. Organizers are encouraging visitors to walk, bike or take public transportation to get around the city and spent $15.5 million upgrading urban walkways and bike paths. An estimated 8,000 bikes are available for rent around the city through London’s Barclays Bike Hire program, which launched in summer 2010. BMW, as part of its Olympics sponsorship, is providing more than 200 electric vehicles as fleets and setting up charging points around the city.

City greening. A few years ago, London officials started beautifying their city in preparation for the games. This included adding more park space and greenery around the Olympic Stadium. In London, for instance, more than 3,000 trees were planted in preparation and more than 15 tons of waste removed from the parks and waterways.

Despite all these steps, skepticism has been growing in recent weeks over whether the 2012 Olympic Games will achieve their “zero waste” goal. Some critics point to missed opportunities and green shortcomings. A recent report by BioRegional, a group that worked with Olympic organizers on their original sustainability plan, also says London could have done more.

But even so, the London Olympics will hopefully serve as a role model for future Olympic hosts and show how large-scale events can help propel cities’ and local businesses’ green endeavors forward.

Kelly Spors is a former small-business and entrepreneurship reporter and blogger for The Wall Street Journal who has also written for Yahoo!, Entrepreneur, NFIB's MyBusiness magazine and The New York Times. Kelly is now a freelance editor and writer based in Minneapolis and has previously managed communications for an environmental non-profit that helps businesses find ways to be greener.
2 Reactions
Subscribe
Follow @smallbiztrends
RSS LinkedIn Pinterest iTunes