Undeveloped Potential: Listen To Who’s On Your Team

Whether it’s 10% of your brain or 10% of your potential or no known percentage at all, most of us live without tapping into everything that we have. And for the independent minded small business owner that usually means there’s a team that could help us pursue a new project or develop a new portion of the business — if we knew how to tap into them. 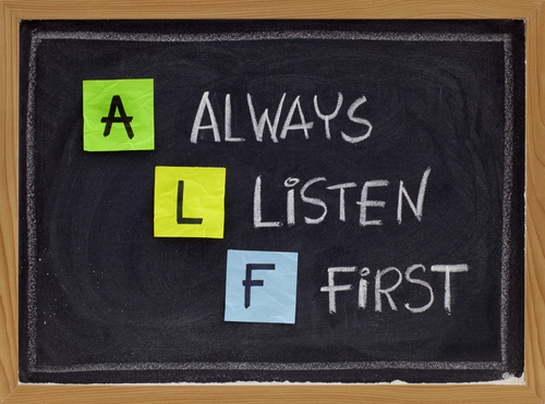 What are you saying to your team? What is your team saying to you? To be effective you have to get clear about what you really want from your team and who they really are. Are they right for the job you’re giving them?

To make the most of any team’s potential, start with 1 simple action: Listen/observe first.

Before adding to or promoting within your team, listen to who the person really is. When it’s interview time, polished people know how to “turn it on.” The only way to get around this is to put them in real life settings and let them deal:

This is where simulated or trial experiences come into play.

A Trial Basis or Test Environment

I used a trial basis/test environment for years when hiring administrative assistants and other team members that worked directly with me. After the first interview, the few candidates who were chosen to move onto the 2nd and final interview with the director were given 3 office assignments to complete in 30 minutes or less. Yes, it was a test. All candidates were told at least 48 hours in advance and given a cheat sheet so to speak.

They were told the tools that they would need to use in order to complete the test on time. And they were told exactly what the assignment was: recreating a flyer, typing a letter and preparing it to go out to a list of 19 recipients (as a former instructor at the local technical school I knew what the applicants were supposed to know and I knew what our office needed).

This trial/test environment saved us time and probably saved quite a few trees:

True to form, my favorite candidates from the initial interview often changed after this trial environment. In an industry that typically had a high turn over (less than a year) — most of my core team held their positions for 2 to 6 years. While there where other tools and communication standards at play, the interview process was step one in observing who they were under pressure.