A paper published last year by Traci Mach of the Federal Reserve Board of Governors and John Wolken, formerly of that organization, shows how important access to credit is for small business survival. 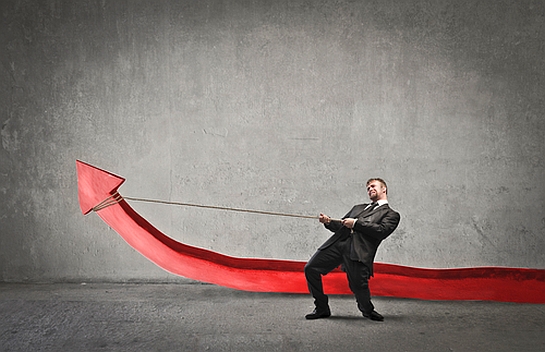 Using data from the Federal Reserve’s Survey of Small Business Finances, Mach and Wolken found that businesses that had less access to credit in 2003 were more likely to go out of business between 2004 and 2008. In addition, they found that measures of the businesses’ access to credit were more predictive of company survival than were attributes of the business, owner, and market.

When this paper first came out, I thought the findings were self-evident. If lenders are any good at their jobs, then they should provide more credit to better companies run by more talented founders. Therefore, businesses that had better access to credit in 2003 should have been more likely to survive over the next five years than other companies. Presumably, they were the better companies.

But upon further reflection, I think this paper illustrates an important problem that central bankers, like Ben Bernanke, face. If the fraction of talented small business owners with good business ideas is roughly the same whether its 2008 or 2012, then this paper shows the importance of the getting public policy toward credit tightness correct.

That point highlights a key issue for the Fed chairman: Should the central bank encourage lenders to have easy or tough credit standards? If standards are low, then more businesses have access to credit and will survive over time. But if the businesses themselves are no better than when standards are high, then low standards means that the banks are propping up weak businesses with loose credit.

I’m glad I am not trying to get the job of Federal Reserve Bank Chairman.