Bootstrapping In The Age Of Automation And Outsourcing

Bootstrapping stories always excite me, and what Sean Broihier has done with Fine Art America is nothing short of amazing. Let me start by saying that Broihier doesn’t have an art background. He graduated from the University of Illinois with a degree in mechanical engineering. 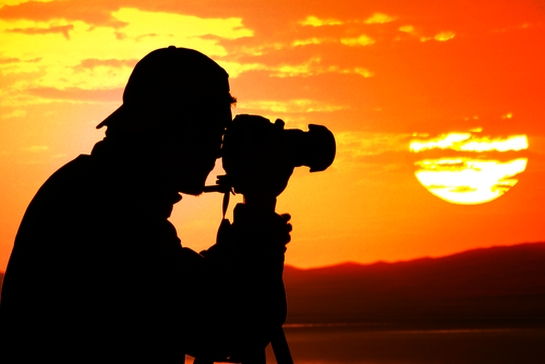 His first venture, Local Automation, a website designed for engineers, still exists today. Broihier followed that with the company he heads today, Fine Art America. One thing that sets Fine Art America apart from other online companies is how few people it takes for a company to generate $5M+ in revenue.

Broihier’s introduction to computers came early in his life. He taught himself, with the help of a book, how to program BASIC on a Tandy TRS-80 computer that his parents owned. He continued to dabble in programming throughout high school and developed a fascination for the idea of programming for the Internet when Netscape came out in the late 1990s.

Despite his fascination for programming, Broihier spent 10 years working as an engineer in New Jersey, the desire for entrepreneurship tugging at him the whole time.

By 2005, Broihier decided to give in to his desire to be an entrepreneur and founded Local Automation, a marketplace for engineering firms that allowed them to advertise their products on the Internet. The idea for Fine Art America came to mind while he was helping out his brother, who owned an art gallery. Every time an artist put out a new piece, planned to do an in-store appearance, or changed a price on something, Broihier’s brother would call him to update his website.

It was then that Broihier realized there were artists and photographers all over the world who wanted an easy way to get their artwork online to sell. So, he re-purposed the code from the engineering website and launched Fine Art America in 2007.

Fine Art America’s print-on-demand business model is ideal for artists and photographers from all over the world who get to name their own prices for the work they upload to Broihier’s site. Buyers can select and customize the artwork and photographs that they want to purchase all through Fine Art America. The consumers pay for everything, artwork or photograph, mats and frames.

FineArtAmerica makes its money by marking up the prices of the frames and mats, which the company gets at wholesale prices.

Broihier has set Fine Art America up in a way that it almost runs itself. The company is partnered with three different fulfillment companies, one in North Carolina, one in Atlanta and one in Los Angeles. Fine Art America’s entire system is fully automated. The artists and photographers upload their work and set the prices for it themselves.

Each photograph that is uploaded must be approved by a Fine Art America staff member before it appears on the site, but that’s it. Photographs, of course, are easier to process than paintings. Some painters are not good photographers.

The purchasing process is fully automated. Once an order is complete, the details go to one of Fine Art America’s three fulfillment centers, depending what type of product the consumer purchased. The Atlanta processing center fills greeting card orders. Framed prints are filled by the North Carolina center.

It’s important to note that website is coded in such a way that customer orders go where they should automatically. No one on Fine Art America’s staff has to do anything manually.

What’s really exciting about Fine Art America’s story is that the company earned $1 million in revenue in 2009. By 2011, that number had grown to $5 million. Projected revenue for 2012 is $15 million. And Broihier only has two people on payroll besides himself. By March 2012, Fine Art America was processing 10,000 uploads per day from close to 100,000 artists – a number that grows by 150 to 300 daily – and hundreds of thousands of customers.

Allowing contributing artists and photographers to set their own prices is the big differentiator between Fine Art America and competitors like Art.com, CaféPress and Australia’s RedBubble. Contributors like National Geographic really appreciate having the freedom to choose how much they want people to pay for the photographs they upload.

The extreme levels of automation and outsourcing have allowed Sean Broihier to bootstrap a fast growth company to substantial revenues with just three people, including himself. Of course, the business supports many jobs right here in America through the outsourced fulfillment centers, so the net job impact of the company is not insignificant.

In this era of outsourcing and automation, we need to get used to this mode of ultra-lean startups, and in fact learn from them.