The Importance of Employee Recognition Programs

What’s the mood in your small business lately? How does it compare to the results of the latest Globoforce Workforce Mood Tracker? 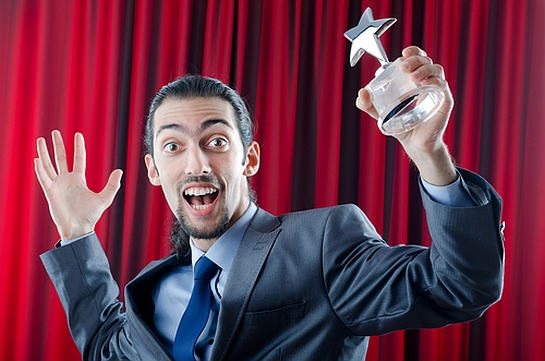 This six-month survey of U.S. employees’ satisfaction levels had some good—and bad—news for small business owners.

First, the good news: U.S. workers are feeling more satisfied than they did six months ago. Half of employees report having been recognized for their on-the-job efforts in the past three months, up from 44 percent in Fall 2011 when the last survey was conducted. And more than 80 percent say receiving recognition in the workplace makes them more satisfied with their jobs. Additionally, more than half believe their employers are doing a good job offering adequate recognition for work well done.

Now, the bad news: Even though many employees are happier with their jobs, things could be better for the 55 percent of employees who say they’re ready to leave their current jobs for a company that would better recognize their efforts.

Not convinced that recognizing your employees’ efforts is directly related to their satisfaction? Check out this data:

If you haven’t implemented some type of employee recognition program, now is the time. For a small business, recognition is easy.

For one thing, you’re probably out walking around and interacting with your team already (at least, I hope so). Be sure to provide ongoing recognition of their efforts by acknowledging them, thanking them, and calling them out in front of the rest of the team. Recognizing people’s efforts publicly is important—don’t just do it behind closed doors.

Of course, another often-appreciated way to recognize your people is with a written note. I know many workers who have treasured little mementos like this for years. In today’s instant-communication world, taking the time to write a note means a lot. (That doesn’t mean you can’t send a quick email to thank workers for their efforts, of course.)

Finally, consider recognition in a more tangible way, such as a gift card, cash or a paid day or afternoon off.

How do you recognize your employees?  How has it helped you retain key people?