You have earned the client’s business. You’re working on their project. And then the bottom falls out: your computer crashes or your files get hacked, your key players leave the company or you just slipped up on the communication and now your client feels ignored and neglected. 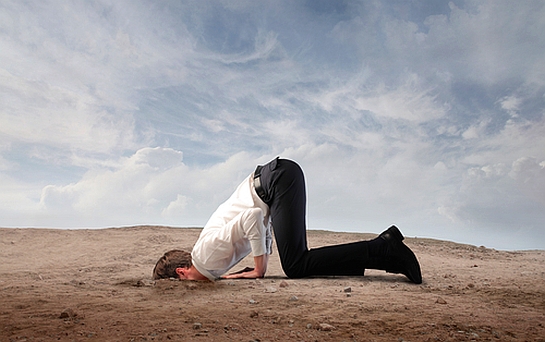 What do you? Cut your loses, but fix the problem so that it doesn’t happen with the next client? Well, don’t write the unhappy client off too quickly. There’s a chance that you can salvage the situation.  Besides, the greatest measure of our character and tenacity is how we deal when things go wrong.

Our fight or flight instincts kick in. You get ready to escape, sometimes, by any means necessary. Have you seen these escape tactics before?

You’re the point and because of that, you don’t get to hide. You don’t get to wait for somebody else to figure it out — you fix it. But remember, you don’t have to do everything, but you do have to set the strategy, and most importantly, set the standard. And that begins with communication.

It’s Time For A Series Of Difficult Conversations

To be effective as you communicate with your disgruntled client, pay attention to 4 core steps:

Investigate the situation — immediately. Get clear about everything that happened, and then get organized. You want to know:

Don’t just guess at it; talk to every team member involved — as quickly as possible. Besides, you can only make the best decision once you understand the situation.  If you’re a one man or one woman show, then you don’t have to go far to get the details.

But before you react, put yourself in your client’s shoes. You know what it feels like to be on the other side of the counter. But when you’re the one providing the service or the product, make sure you understand and respect their concerns. This simple decision will temper your communication; it will help you to respond with their interest in mind — and not just to save face.

Keep the conversation flowing. This is not the time to hide. In fact, the decision to communicate consistently is the difference between creating a loyal customer or an angry, vocal, ex-shopper.  When you discover the mistake, be proactive:

After a service provider drops the ball with their client, the number one complaint I hear is that “they won’t return my call.” Your client wants to hear from you. They want a realistic time frame for when the issue will be resolved. They want a concession for the mistake. They want to be heard. And yes, they may want their money back.

The sooner you address the issue by solving the problem or giving a concession that they can live with, the sooner you can move on.  We understand that businesses are run by people and sometimes people make mistakes. When your company make the mistake, don’t hide — communicate.  Do you automatically dump every company that makes a mistake? If you don’t, why not?

For most, the answer lies in how the company deals with them after the fact.

3.) Advise The Team On How To Handle Their Phone Calls

Your team needs to know how to handle that client’s phone call.  Everybody can’t and shouldn’t know everything, but you can tell the receptionist to always forward Mr.X’s phone call to the following people.

Remember, you don’t want to leave that client hanging any more. So don’t force them to re-explain their story over and over again. You inform your team on the situation and how to move. By having an informed team you can keep from adding insult to injury.

4.) Attack the Situation, Not The Person

It’s natural to want to protect yourself, but since you made the mistake, then you cannot honor your flight response by running away. Stand and deal directly.  You also have to address the fight response; instead of attacking the client — passive aggressively — attack the situation.

“I will get to the bottom of this and see what we can do to fix it as quickly as possible.”

Then do the work to keep your word. Even if you still loose the client’s business, you have found a leak and fixed it so that you don’t loose others.  With the right kind of communication you can salvage most business relationships. But it takes consistency and sincere concern to turn it around.

Jamillah Warner (Ms.J), a poet with a passion for business, is a Georgia-based writer and speaker and the Marketing Coordinator at Nobuko Solutions. She also provides marketing and communication quick tips in her getCLEAR! MicroNewsletter.
12 Reactions
Subscribe
Follow @smallbiztrends
RSS LinkedIn Pinterest iTunes