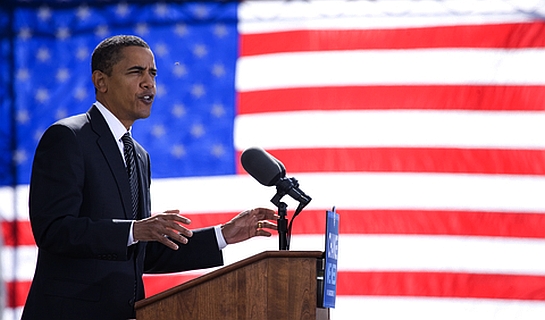 Subject: Evaluation of Policy Response to Economic Contraction of 2008-2009

Beginning in the fall of 2008, the U.S. economy experienced the worst contraction since 1929. In the six-month period from September 2008 through March 2009, the Bush and Obama Administrations and the Federal Reserve pursued a variety of policy responses, including the Troubled Asset Relief Program (TARP), the American Recovery and Reinvestment Act of 2009 (ARRA), as well as the various actions of the Federal Reserve over that period.

TARP and the activities of the Federal Reserve prevented the international and domestic capital markets from completely collapsing but neither has been able to restore sufficient confidence to secure a reasonable loosening of credit markets, leaving creditworthy consumers and small business owners without access to capital. Large corporations are able to borrow but they are hoarding cash, which does nothing to increase output.

The ARRA was crafted to inject $800 billion into the economy, with $500 in direct government spending and $300 in tax expenditures. Multiplier effects should have transformed those investments into $3.7 trillion in additional output, accompanied by robust and ongoing GDP growth and reductions in the unemployment rate.

Yet, the economic recovery that began in 2010 seems fragile and tentative. The housing market remains weak, the unemployment rate is still well above 5% total employment, and volatile energy costs place upward pressure on prices, sparking worries about inflation. If the policy responses of 2008-2009 had been uniformly effective, obviously these indicators would be much more positive.

Unfortunately, the current recovery is largely built on a house of cards. The resumption of GDP growth is largely driven by surprisingly robust personal consumption expenditures and a consumer spending level of 71% of GDP is neither healthy nor sustainable. The only component of GDP that has not returned to its pre-recession level (or exceeded it) is gross private sector investment.

In fact, annual private sector investment levels began falling from 2006 to 2007, well before the 2008 contraction, suggesting some structural weakness in place long before the events of September 2008. Gross domestic private investment fell by one-third (33.5%) from peak to trough (2006 to 2008) and has only recovered 82.3% of its 2006 levels as of 2011. In raw dollars, that translates into approximately $400 billion in missing investment. Taking multiplier effects into account, the result is roughly $2 trillion in potential output that has been lost to our economy.

To address these issues, it is our recommendation that the Obama Administration and the Federal Reserve take steps to encourage both confidence and optimism, particularly among the business community. A modest increase or two in the discount rate, for example, could persuade corporations to stop sitting on their cash if it conveys the message that the economy may be heating up and that the cost of money is about to increase.

Such an increase in interest rates could also be expected to have a positive impact on lending, since it would improve profit margins for banks. Tax expenditures that reward investment have been of questionable value to date — and should be the subject of much-needed research — but credits such as the Research & Development credit should not be allowed to expire.

Finally, we note that the Obama Administration has made its largest private sector investments in multi-billion dollar corporations, to little effect. In addition, a targeted small business fiscal policy that focuses on lending makes little objective sense in a climate in which 92% of small business owners report that their credit needs are being met or they are not interested in borrowing.

Given the lack of results from these investments, it would behoove the Administration to discuss changing tactics in order to stabilize the recovery and increase GDP growth.

According to the National Federation of Independent Business (NFIB), small business optimism is climbing but remains at recessionary levels. Yet growing numbers of small business owners also report improvements in earning trends and increased plans for making capital expenditures.

Bearing in mind that the data over the last 15 years confirms that companies are trending smaller and that recent research by the Ewing Marion Kauffman Foundation has found that the primary source of job growth is young or new small firms, I recommend the Administration encourage new firm formation by minimizing burdensome regulations, devise ways to assist nonemployer firms in making the transition to employers, encourage investment in small businesses (the crowdfunding provision in the recently enacted JOBS Act was a good start), fully fund all business management training and technical assistance programs currently offered by the U.S. Small Business Administration, and make direct investments in small businesses wherever possible.

Additionally, I recommend that the Administration convene another White House Conference on Small Business and that the suggestions and recommendations of real small business owners be implemented wherever politically feasible.

Thank you for the opportunity to offer this analysis, Mr. President. If you have further questions or require clarification of any of the points herein, please do not hesitate to contact me.

DISCLOSURE: Of course, I don’t have a doctorate yet and I don’t work for a non-existent think tank named after my macroeconomics professor. This exercise was an assignment from a course I took last semester, but I thought the ideas were worth sharing here.