Should Small Businesses Care About Promoted Tweets and Accounts?

Anita Campbell, Founder of Small Business Trends, recently shared the news that Twitter had begun to debut Targeted Tweets, after teasing the SMB-focused self-serve ad system since earlier this year. But paid ads can be hit or miss for small business owners, especially when they’re self-serve and there’s no representative to help guide you through the process. 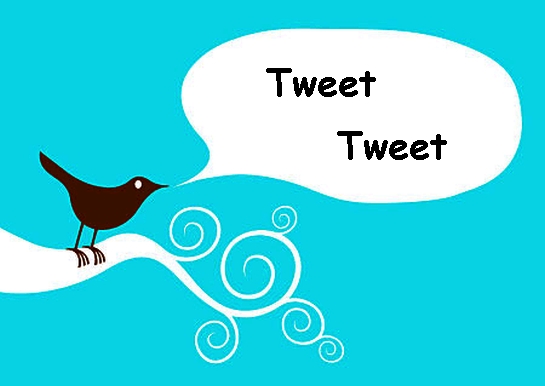 So how do you know if Twitter’s Promoted Tweets and Promoted Accounts are right for your business or if it’s just another thing that will distract you from your goals?

First off, if you missed Anita’s post or Twitter’s official announcement, you may not be aware that there are two new advertising options available for business owners looking to grow their influence on Twitter. The new ad options come in the form of Promoted Accounts and Promoted Tweets:

The neat thing about Twitter ads for a small business owner is that it takes the impetus off you to do or create anything new. Unlike traditional ads, Twitter is simply highlighting your best content and putting it (and you) in front of more people. It lets you advertise AND get back to work at the same time. Even better, advertisers will only pay when someone follows their account or engages with their content that’s been promoted.

It sounds enticing, but how do you know if you’re ready to make the jump to Twitter ads? Below are some things to consider:

Before you spend money to promote your tweets or your Twitter account, you better be certain that there is something there worth following. Otherwise, you’re sending out invites for people to come see your empty, dusty house.

Before you start paying for Twitter followers and traffic, create a solid Twitter strategy and let it run for a month or two to build up a history of quality tweets and engagement. This is necessary not only to attract people but to help Twitter match you with the right kind of users. A sample SMB tweeting schedule may look something like this:

By putting a real Twitter strategy in place, and sticking to it, it ensures you have something worth promoting, while also giving Twitter something to match you with.

2. Have you been trying to grow your network without ads?

I would never recommend someone start paying for Twitter ads unless they have first tried to grow their network without them. You want to get out all your early mistakes, find your posting style, and get comfortable with the site before you start paying to play. You also want to see if you even need to buy ads. If you find that you’re seeing a lot of engagement and gaining followers easily, then buying ads or paying to promote your content may not be an expense you need.

It’s not that paid advertising should be a last resort for growing an account, but I think having a solid knowledge of the site and an existing follower base will help make your ads more successful. You also want to make sure Twitter is something you’ll stick with before you pay for followers you won’t convert.

3. Is your brand recognizable?

If you’ve had a difficult time getting the word out about your Twitter presence, but you know your customers are out there and are looking for you, advertising is a great way to build that exposure.

For example, I often browse Twitter’s Promoted Accounts option to scan for people or businesses that I may be aware of but who I’m not already following. This helps connect me with local businesses I frequent, but also with thought leaders whose blogs I read.

As a consultant or a known business in your area, getting your face or your logo in that box can be a big boon in helping to attract to followers. But for that to work, you need to have the reputation and the brand recognition to pull it off. If you’re not there yet (and that’s okay), then just seeing your face won’t be enough to make someone want to click through and follow you.

Before you spend money toward any kind of advertising you need to understand how you’re going to track it and put a system in place. For Twitter ads, this may mean using Google Analytics to see how much traffic is coming from Twitter or sticking with the analytics dashboard Twitter offers to advertisers to track followers and activity. However, it could also mean creating a special landing page where you drive Twitter users. Or creating Twitter-specific codes or coupons to track customers who find you through these funnels.  Determine how you’re going to track the ads that you’re creating and stay on top of it. Otherwise, you’re just spending money.

For small- and medium-sized business owners looking to grow their Twitter followers, I think the new ads provide a lot of powerful options. But they’re not going to work for everyone. If you’re going to give them a try, making sure you’re already producing valuable content, that you have a strategy in place, and that you have a way to track the ads you’re putting out.