To a degree that surprised us, small business owners were front and center at the Republican National Convention in Tampa, Fla. Tuesday night.

As we reported last week, the phrase “yes we did build it” has become a small-business rallying cry.  Some business owners have been waging protests following President Barack Obama’s comments last month on the campaign trail suggesting that the government, not entrepreneurs, had built their businesses.  The President quickly jumped in to do damage control by claiming his remarks were taken out of context, but by then the phrase had taken on a life of its own.

The convention built on the business owners’ sentiment with the theme “We Built It.” 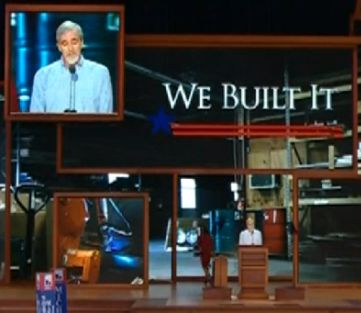 Here are some of the “small business” highlights:

Interestingly, taxation wasn’t the main issue brought up by the business owners.  Instead, regulatory burdens, fiscal responsibility, governmental obstacles and the struggles of starting a business were more often mentioned.

There were a few lighter moments, too. While a news commentator was speaking from the convention floor, a woman business owner behind him held up a small whiteboard on which she had written an impromptu ad for her business: “PatrioticJewelry.com I built this, Mr. Pres!”

The coverage of the major television networks and cable news channels tended to underplay the small-business focus.  They often cut to commercials or commentators when business owners spoke.  C-SPAN has comprehensive video coverage, in case you want to catch more of the small business sentiment.