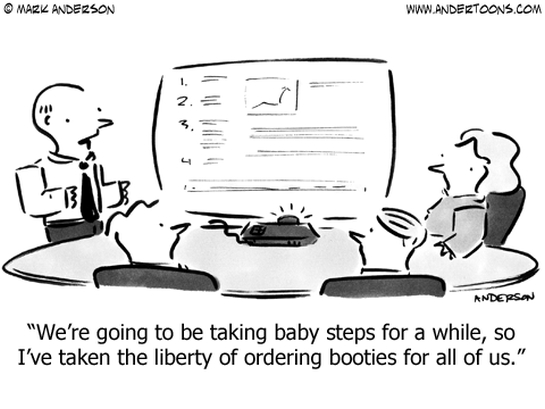 This cartoon was a freebie from a meeting I was actually in.

The manager was rolling out some new strategy and it was a fairly big change. “…so we’re going to be taking baby steps for a while,” she said. Immediately my brain kicks out “then we should order some booties” and I raised my hand feigning something to add.

Sadly this manager had been around for a while and called on everyone but me despite some fairly good acting on my part that I had an important – nay, burning – insight, and the meeting ended sans joke.

So I reworked the idea and did this instead, which is fine but that lost opportunity still bugs me when I come across this cartoon.