New Privacy Laws to Protect Individuals and Businesses on the Web

In the past ten years, the Internet has grown so fast that it’s almost incomprehensible. When something grows this fast—and is at the same time extremely useful to our everyday lives—it’s human nature to start taking it for granted. More specifically, we take our rights on the Web for granted. 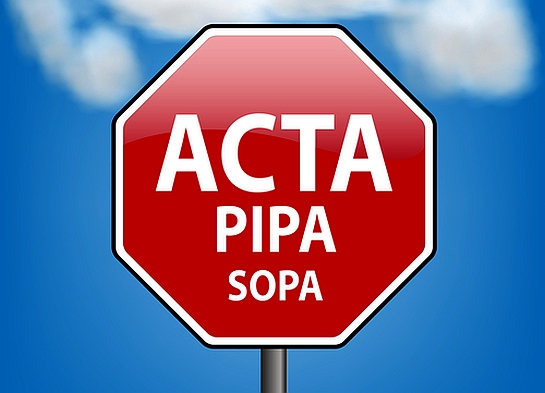 When is the last time you thought about law enforcement’s right to read your data? What about if it’s legal or not for an app to pull as much personal information out of your phone or computer as it wants?

With Congress’ approval rating barely staying in the double-digits, one often wonders if they are planning on doing anything to improve it. It turns out a few of them actually want to pass laws that a vast majority of people will get behind.

Seeing as the privacy act that governs our electronic communications is over 25 years old (that sure is some old lingo), some representatives decided to update the antique legislation.

The first bill we should discuss comes from Senator Patrick Leahy. He is proposing an amendment to the Electronic Communications Privacy Act of 1986.

“. . .[jump] over an easily cleared standard of proving ‘reasonable grounds’ that the information gleaned could be useful.”

That’s it. It “could be useful” and they get to read all of it.

The amendment, as NBCNews reports again, will:

“. . . require law enforcement to obtain a probable cause warrant to rifle through archived emails.”

It doesn’t matter if the emails are on your own server or stored remotely. Everything will be treated equally and with the strong protection it deserves. Regardless of whether you are doing something wrong or not—and a majority of users on the Internet do nothing illegal—this is good news for privacy. There’s no reason why our property in the electronic world shouldn’t be just as strongly protected as it is in the material world.

Mobile and Social Apps a Target too

Not to be outdone with legislation that the public will actually embrace, US Representative Ed Markey has introduced a bill called the Mobile Device Privacy Act.

Currently, it’s extremely easy, and legal, for an app or social media platform to simply grab whatever personal information they want from your data. Sometimes they let you know, and other times it’s completely in secret. This is an assault on personal privacy and possibly a threat to businesses that operate online as well.

So this new bill, as Ed Oswald at ExtremeTech reports:

“. . . makes it illegal for companies to monitor device users without their expressed consent.”

Basically, any sort of data snooping or data collection has to stop.  If it is to be done, the user must be informed beforehand.

Ed Oswald included a wonderful quote from Markey that captures the spirit of this bill:

“Consumers should know and have the choice to say no to software on their mobile devices that is transmitting their personal and sensitive information.”

That pretty much sums up the point of the bill. Whether you have a business online or you personally use mobile apps and social platforms like Facebook and Google+, this means you will have the control over your data and personal or commercial information that you should have had all along.

Finally, Legislation We Can Get Behind

After a year of horrible proposed legislation that would have suspended the prosperity and freedom we currently enjoy on the Internet, we have two bills that pretty much everyone can get behind.

Just last year SOPA was introduced and sparked one of the greatest mobilizations of businesses and individuals in opposition.

The opposition was a fine display of e-disobedience. Businesses small and large blacked out their sites to raise awareness. Much more was done on other online communities. Even Google got involved to spread information about how SOPA was not what the Internet needed.

Eventually, the Web denizens and the businesses that supported them won and SOPA was defeated. We still have other challenges to Internet freedom in CISPA and ACTA, but it’s unlikely they’ll get much traction given the response to SOPA.

Ultimately, these privacy bills are good for businesses as well as individuals. As businesses continue to move into the online world, and individuals put more of their info online, they deserve the privacy and protection that we have in the physical world.

That way, we can all enjoy the Internet for what it’s meant to be: a platform to communicate and interact, which allows us to grow commercial ventures and improve individually.

What do you think of these new privacy laws?

Amie Marse is the founder of a small content generation firm based in Lexington, KY. She’s been a passionate freelance writer turned business owner for over 7 years. Her philosophy is that the essentials of content marketing do not change from the small business to the Fortune 500 level, and that creativity trumps budget every time.
2 Reactions
Subscribe
Follow @smallbiztrends
RSS LinkedIn Pinterest iTunes