Successful S-Corp Owners: Watch Out For A Tax Increase

The Obama Administration’s plans to increase taxes in 2013 won’t hit all small business owners equally. Owners of successful S-corps and partnerships, it turns out, are most likely to face a tax increase. 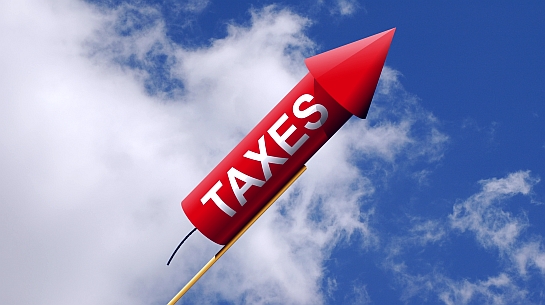 The economic impact of the administration’s tax plans, particularly their impact on small business is a major political issue. Ernst & Young LLP just released a report, Long-Run Macroeconomic Impact of Increasing Tax Rates on High-IncomeTaxpayers in 2013, commissioned by several business groups, which shows that the tax increases that the President has put in place or would like to put in place in 2013 would have long term negative effects on the economy, including cutting output by $200 billion and eliminating 710,000 jobs.

The left-leaning Center on Budget and Policy Priorities has countered that these claims are overblown. In particular, they argue, few small businesses will be affected by the tax increase.

I have pointed out that the two sides are focused on different dimensions of the debate, with the Democrats concentrating on the number of small business owners affected by the tax increase and the Republicans stressing the impact on income and employment.

I don’t want to rehash what I have written about before, nor do I want to discuss whether “true” small businesses are affected by the tax increase; whether the wealthy would bear more than their fair share of the increase; or whether tax increases really lead small business owners to invest and hire less, all of which have been addressed by others.

Of the 30.2 million pass through businesses that the Internal Revenue Service (IRS) estimates are in operation in the United States, 77 percent are sole proprietorships.