Here’s What Your Employees Want: Are You Listening? 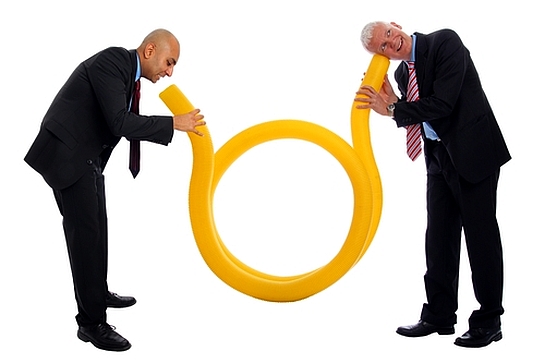 More than one-third of the work force (36 percent) hopes to find a new job soon, and among younger employees (Gen X and Gen Y), that number hits 42 percent.

If you’re looking to replace lost workers, be aware that benefits were also an important factor in attracting younger workers—even more so than in attracting Boomer-age workers.

One reason younger workers are more likely to be influenced by benefits is because they’re having a harder time financially, with 50 percent saying they’re more reliant on employee benefits for financial security than they were in the past.

However, that’s not to say Boomers are carefree. More than half of employees in all age groups are worried about making ends meet, paying for health insurance and paying down debt.

Employers are also in the dark about what benefits contribute most to employee loyalty. Asked what benefits were key drivers of loyalty, more than half (52 percent) of employees named retirement benefits, 44 percent said nonmedical insurance benefits (such as life insurance) and 38 percent want to have a choice of benefits.

While employers in the survey were well aware of the importance of benefits, 65 percent report it has become more difficult to pay for them.

The good news for cost-conscious employers: Two-thirds of younger workers and more than half of Boomers say they’d rather pay for more of the cost of their benefits than lose them altogether.

Give Employees What They Want

The title of the study, Are You Listening? offers a clue. Start by asking your employees what kinds of benefits they care about most. You may find, based on the age group of most of your employees, that the results are not what you expected.

Figure out what kinds of benefits you can offer. Is there something that would make you a more desirable employer because none of your competitors offer it? Conversely, is there some type of benefit that’s considered “essential” or basic in your industry or your area?

Figure out what you can afford and how much your employees are willing to pay. If something that employees care about deeply is out of your price range, can they contribute part (or all) of the cost?

You might be surprised: MetLife found that more than one-third of employees were interested in having access to disability coverage, life insurance, dental insurance and vision insurance—even if they had to pay 100 percent of the cost.

Letting employees know what you offer and how much it costs is key to building loyalty. Be transparent about the cost of policies and how much of the tab you are picking up. Employees often underestimate these costs, and showing them the reality will make the benefits more valuable to them and build loyalty.

Don’t “set and forget” your benefits. Do an annual checkup to ask employees what benefits they used, what they care about and what they don’t care about. Also talk to your insurance agent(s) each year to assess whether you have adequate coverage, what you can drop (and add) and ways to lower your bill.

Going forward, the trend toward employees contributing more for coverage won’t end anytime soon. As the war for talent heats up, having employees chip in for their benefits will make it easier for small business owners to win at least part of the battle.