Where Do Franchisors Make Their Money? 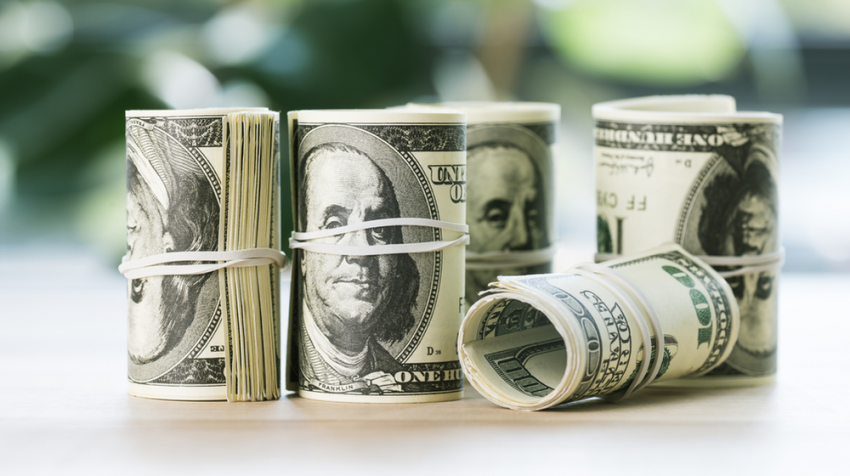 I have a challenge for you, if you’re up to it. Are you ready?

I want you to ignore every pre-conceived notion you have about franchising for a few minutes. Pretend that it’s your first time learning about the franchise model. Be at one with the newness of it. Deal?

Let’s say that you’re the owner of a dog-training business. Your business has been growing steadily since you started it, 4 years ago. You’ve hired more people every year, and you’re thinking of expanding, especially since an ideal commercial space recently opened up in an industrial park two suburbs over.

In your mind, now’s the time to do this, as small business loan rates are at historic lows.

You’re just warming up. What you’d really like to do is turn your dog-training business into a franchise business. That way, you can continue expanding your business by using other people’s money (OPM). That’s how franchisors make money.

On the surface, it certainly sounds like a great plan. You’d invest the money needed to franchise your business, and once you started to sell franchises, you’d be able to recoup your money.

So how do franchisors make money? Money comes from two places:

If you’re going to set-up your business as a franchise, your first moves need to be right. My late father taught me something very valuable about franchise development, and it has to do with money. He said that the biggest mistake people make who want to franchise their businesses is doing it on the cheap.

A perfect example of this is someone that only uses an attorney when developing their franchise concept. There is so much more to franchise development than the legal requirements needed to franchise.  But for some reason, most of the people I talk to are laser-focused on legalities.

Legal fees to setup a franchise run about $15,000 or so, and someone could get away with spending under $20,000 to get a franchise up and running. But, it won’t be a very successful one. That’s because there are so many more things involved in franchise development.

If you’re planning on turning your business into a franchise, you really need to work with a franchise development firm that can help you do everything from A-Z.

Otherwise, you’ll be lucky to sell one to two franchises — if any at all.

A Word of Warning

Make sure that you thoroughly vet any franchise development company that you’re thinking of hiring. Ask for lots of references.

You may find that some of them are a little too eager to turn your independent business into a franchise business.

The picture that you have in your mind of what it would be like to be the CEO of a 250-unit franchise chain is a pretty compelling one. Your visual may even include a 5,000 square foot beachfront home in Maui.

Because as you see it, 250 franchise units paying you monthly royalties of approximately $2000 each = $500,000, which translates into $6 million a year in royalties alone. And don’t forget the upfront franchisee fees that you’ll receive every time you sell a new franchise.

Of course, there are a lot of ongoing expenses that you’ll have to cover as a franchisor, but you’d still do very well.

Every prospective franchisor that I’ve ever talked to wants to sell 100-200 franchises, so they can make a lot of money. The simple math that I just showed you proves that it is possible to do.

Voila’! As a franchisor, you’re now making money from the franchisees.

But wait. Not so fast.

“I often tell my staff members that as a franchisor, we do not make our money when a royalty check is received. We and our franchisees earn it when the point of sale system rings up a sale for a customer and our job is to help our franchisees ring up lots and lots of sales. Losing sight of this leads to fewer sales, frustrated franchisees, and over time will become a significant branding problem.”

At the beginning, I asked you to pretend that you were just starting to learn about the franchise business model. I also encouraged you to give up any pre-conceived notions that you had about franchising. Can you see why?

Lonnie is 100% correct. If, (as a franchisor) you’re not offering a great product or service that will enable your franchisees to ring their registers … a lot — you won’t be successful.

Which means your franchisees won’t be successful either.

So before you even think about turning your business into a franchise, make sure that what you’re offering is outstanding.

Or your business could end up going to the dogs.

Joel Libava is the Franchise Expert for Small Business Trends. Joel, The Franchise King®, equips today’s prospective franchise owners with time-tested, proven techniques designed to increase odds of success. He does this through one-on-one coaching, and gobs of useful content that can be found on places like Small Business Trends, SBA.Gov, and his award-winning franchise blog, The Franchise King Blog . He’s been featured in Entrepreneur® magazine, and is frequently called upon by national media outlets and publications for his no-spin insights into the world of franchising.
6 Reactions
Subscribe
Follow @smallbiztrends
RSS LinkedIn Pinterest iTunes