Why Most Small Businesses Still Aren’t Ready to Hire

Although MarketWatch is theorizing a hiring boom may soon be in the offing, small businesses are likely to stay on the sidelines—at least, according to Office Depot’s latest SMB National Tracking Survey. The monthly poll of small business sentiment finds 80 percent of small business owners have no plans to hire in the next six months—a figure that has stayed pretty consistent throughout the year. 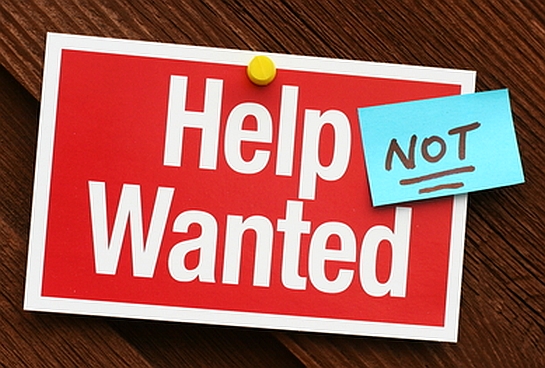 Just 12 percent of the small businesses surveyed plan to hire in that time period, while 8 percent plan to let staff go. Again, both numbers have remained fairly consistent throughout the year (in this survey; other surveys have indicated nearly opposite findings).

On the other side of the coin, the companies not hiring mostly say they already have sufficient staff in place (58 percent). “Economic uncertainty” was cited by a far smaller number (30 percent), and just 18 percent of those not hiring say it’s because their businesses were in decline.

But there’s a bit of a disconnect here. The number one priority small business owners are planning for in the next 12 months is “business expansion”—and to expand, you’re likely to need staff, right? Yet, at the same time they’re planning to grow, just 10 percent say they’re planning ahead for staffing.

I recently discussed the difficulty businesses are having finding qualified hires—so if you’re planning to expand, the wait-till-the-last-minute approach to hiring may not be the smartest.

Clearly, small businesses remain in wait-and-see mode. Asked whether they think their businesses will be in better shape at the end of 2012 than at the beginning of the year, about the same number say it “will be better” as “it will be about the same,” while relatively few expect it to get worse.

Despite that seeming confidence, there’s widespread worry about a double-dip recession, with the majority of small business owners either “very worried” or at least “slightly worried” about the possibility.

Will the upcoming presidential election make a difference in small businesses’ hiring plans? All we can do is wait and see.

No Help Wanted Photo via Shutterstock