You Didn’t Build That, You Were Just Lucky

Just when it looked like President Obama’s now famous “if you’ve got a business, you didn’t build that” line was history, the President decided to clarify his remarks to a Norfolk, Virginia television station. He said, “Obviously, I have regrets for my syntax. But not for the point, because everyone who was there watching knows exactly what I was saying.” 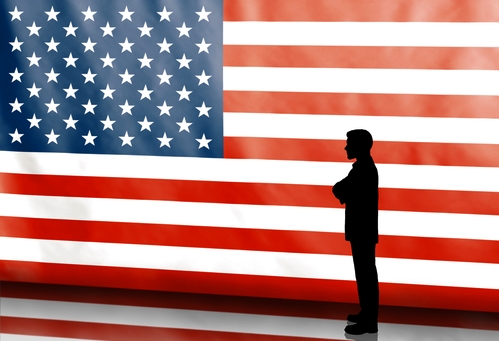 If we look at the context in which the President made his remarks, we can see that he meant that entrepreneurs don’t succeed by their efforts alone; others, including the government, made their successes possible by building the infrastructure that they drew upon to succeed. Back in July he said, “If you were successful, somebody along the line gave you some help …. Somebody helped to create this unbelievable American system that we have that allowed you to thrive.”

The Republicans have jumped on the opportunity to paint the President as anti-business with the repeated sound bite “you didn’t build that.” While it’s great for politicians when they can attack their opponents with line that fit on a tee shirt, the Republicans are oversimplifying their philosophical disagreement with the President. While it takes more space to highlight the Presidential candidates different philosophies about the source of small business success, those differences are stark, and it’s important to highlight them.

Anyone thinking seriously about why some small business owners are more successful than others realize that there is merit in President Obama’s July comment. He’s right when he says, “if you’ve been successful, you didn’t get there on your own. There was a great teacher somewhere in your life…. Somebody invested in roads and bridges…. Government research created the Internet so that all the companies could make money off the Internet.” Whether you are a trucking company founder who benefited from the country’s transportation infrastructure ; an Internet entrepreneur whose company drew upon the nation’s investment in the ARPA net; or a hardware store founder whose third grade math teach taught her the basic skills necessary to later manage cash flow, everyone who runs their own company somehow benefited from the actions of others.

But the nation’s infrastructure is available to all of us. It is there for people who didn’t start companies and people who started them but weren’t successful. So how do we explain why some Americans are more successful at starting businesses than others? One way is to say that some people are smarter and work harder than others.

This view puzzles me. If so many people are smart and hardworking, like the President says, and we built this great infrastructure that contributes to the success of entrepreneurs, then why isn’t everyone an equally successful entrepreneur? It seems that the President believes the answer must be luck.

The Republicans disagree with this philosophy. They don’t deny that the system in which we operate helps entrepreneurs to succeed. In fact, they think that it’s very important to provide the right context – good legal system, effective capital market, and an absence of onerous and arbitrary regulation – for small business owners to make money. But they recognize that some people are smarter and work harder than others. And that intelligence and hard work allows them to get better outcomes than others who also had great teachers and who lived in a country where the government built roads and bridges and funded the Internet.

The difference here isn’t in the stark contrast of the sound bites, but in the subtlety of emphasis. It’s a question of what matters more to the success of certain American entrepreneurs: the “unbelievable American system that we have that allowed [them] to thrive,” as the President describes it, or their intelligence and hard work?

I think you know my answer. When it comes to explaining entrepreneurial success, I believe that differences between people matter more than the President thinks.