Are Older Workers Better For Your Small Business?

Is it true that workers over 50 have a harder time getting hired than younger employees? Not according to the results of a new survey from Adecco Staffing US. In the poll, hiring managers in a wide range of industries nationwide say they are three times more likely to hire a worker age 50 and up (60 percent) than a Millennial employee (20 percent). 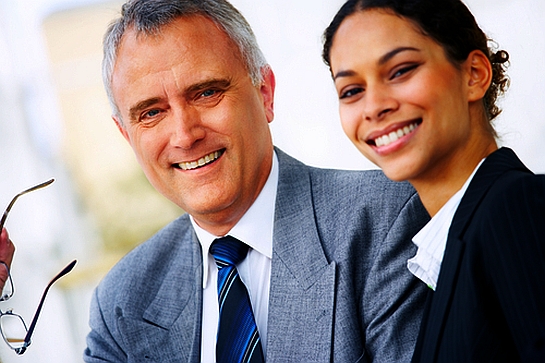 Why the huge gap?

It seems older workers have what companies are looking for. Almost all (91 percent) of respondents say they consider older workers reliable, and 88 percent say they are professional. But that doesn’t mean they’re perfect. What are some stumbling blocks preventing companies from hiring older workers?

Slightly more than one-third (39 percent) say the biggest challenge is older workers’ difficulty in adapting to new technologies. In addition, 51 percent say older workers often ask for too much in terms of salary and compensation, and 48 percent think they seem “overconfident” about their abilities and experience during job interviews. Finally, 33 percent are concerned older workers won’t want to take direction from younger managers.

The biggest obstacle (cited by 46 percent) is uncertainty about Millennials’ long-term commitment to the company. About one-fourth (27 percent) are also worried that Millennials won’t take direction from older managers.

As someone over 50 myself, I’m happy to see older workers’ contributions and experience getting their due. Adecco also cited the top jobs for mature workers, based both on their skills and on current growth areas. If you’re hiring a training/learning instructor, financial consultant or advisor, tourism guide, retail sales or customer service representative, technical writer or quality control engineer, consider an older worker, who is likely to have the right combination of traits for the job.

However, I’m also concerned about the stereotypes I see in these responses. Yes, Millennials may not be committed to your company long-term—but is that a bad thing, or is it just to be expected of entry-level employees who are still finding out where their interests and strengths lie?

Older workers may want more compensation—but isn’t that a fair trade for the experience, stability and loyalty they bring to the table? I’ve met plenty of “overconfident” twenty-somethings and just as many “uncommitted” fifty-somethings.

As someone who’s been hiring employees for more years than I care to count, I’ve seen a few generations come and go. Today’s older workers were once young newbies themselves, shocking their elders with their inappropriate dress (I once got reprimanded for wearing pants to work in sub-freezing temperatures), refusal to listen to their elders, and “compromising” openness about their lives.

The best solution for hiring the right people for your team?

Look at people as people—not as representatives of a generation—and work with them to bring out their strengths, whatever those may be.