Beevolve, a platform for social media analytics, set out on a quest to break down Twitter’s vital statistics and share them with users and marketers everywhere. Mining through data from 36 million Twitter profiles, the site analyzed everything from basic demographic information to gender preferences to smartphone & app preferences. If you’re looking to get a better understanding of how normal users, not us tech geeks and marketers, are using Twitter, this is a good study to check out. 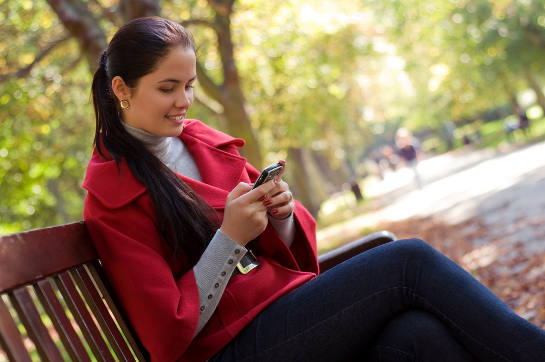 The most common Twitter user is said to be an English-speaking 28-year-old female with an iPhone. She has 208 followers.

The data may serve as a reality check to some to show that normal users don’t use the micro-blogging service the same way that they do. We’re not all super-connected with mass followings, and many users spend more time listening to conversations than actually engaging in them.

For a small business owner or consultant looking to grow a healthy Twitter following, this is really important to take into account. It means you need to be more proactive about finding your targeted audience and starting conversations with them; we can’t wait for users to engage with us. We often hear about the power Tweeters who are using social media to talk directly to the brands they love, but some Tweeters are waiting for you to open the conversation. It doesn’t mean they’re not listening, just that they’re not sure how to get involved.

How can SMBs help start that conversation?

While the data pulled together by Beevolve is certainly interesting based on the large sample size, I can see how it might discourage some business owners at the same time. Accordingly to the results, more than 70 percent of users are between the ages of 15-25. If your target demographic is older, does that mean Twitter won’t work for you?

Not at all! Remember, those ages were pulled from Twitter users who self-disclosed. I don’t know many 40-year-olds who feel the need to put their age in their Twitter bio. 😉

Below is some data from Beevolve about typical numbers of followers for most Twitter users.

While Beevolve’s data serves as a great starting point to understand the mindset of the “normal” Twitter user, I may not be your normal Twitter follower. If you don’t know the demographics of who follows you on Twitter, I recommend using a tool like Beevolve or PeekAnalytics to help you get a better idea. By simply entering in your Twitter handle, you’ll get information like audience demographics, age range (broken out by gender), interests, level of social media use (light, medium, heavy), etc. 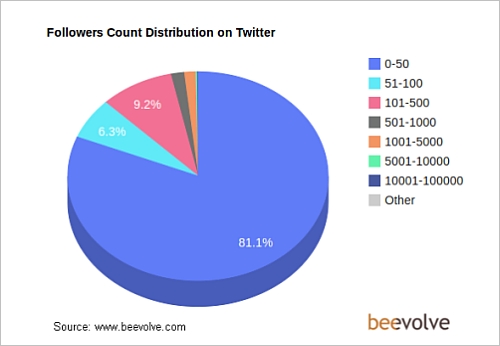 Because at the end of the day, what’s really important is the data that’s going to help you connect with your audience, no one else’s.