There are few businesses bigger than Twitter, but co-founder Biz Stone recently dished up some excellent advice for small business owners. 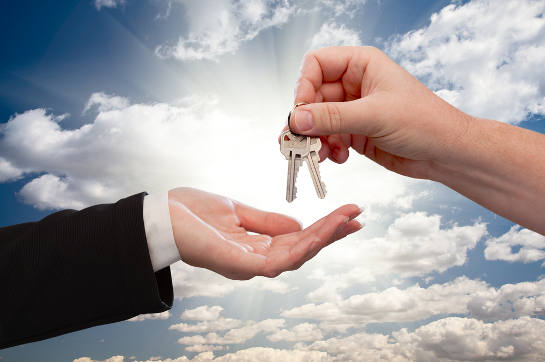 While Twitter is now valued in the billions, it was still just a small “side project” as recently as 2006, and didn’t begin to take off until 2007. So Stone still knows what it feels like to be an entrepreneur betting his future on the fate of a startup.

Speaking this week at the Public Relations Society of America’s International Conference in San Francisco, Stone pointed to passion, creativity, moxie, and a focus on customer service as keys to success for businesses of any size.

Stone recounted the plot of Wim Wenders’ movie Wings of Desire, in which an angel was willing to give up immortality just to know what it felt like to be human. The protagonist was willing to make the ultimate sacrifice—death—just to pursue his passion.

Stone likened this to the path of the entrepreneur, who is willing to put everything on the line to pursue his/her passion.

“In order to succeed spectacularly, you need to be willing to fail spectacularly,” Stone told the audience. “That’s the entrepreneurial spirit.”

Of course, he added, that doesn’t necessarily involve killing yourself.

Passion alone doesn’t cut it. Success requires hard work and a willingness to create opportunities out of thin air.

Stone told the story of his efforts to make a varsity sports team in high school. He went out for football and baseball, but found the rules way too confusing. Not having played organized sports as a kid, he was well behind the other guys going out for the team, and quit.

He then did some research and thought lacrosse might be a great game for him to play. Unfortunately, his high school didn’t have a lacrosse team. He petitioned his school to start one, and the powers that be told him if he could put a team together, then they would support a club team. Stone, through sheer power of will, found enough students willing to play, organized a team, and turned out to be an excellent lacrosse player.

“I figured if everybody was as clueless as I was, then it would be an even playing field,” he said.

Stone did the same thing with his first job. During college, he worked for the publisher, Little Brown, where his main responsibility as a gofer was “moving boxes around.”  At the time, the Little Brown design team was fairly clueless as to how to use Mac computers for designing, and Stone, a longtime Mac user, knew he could do a better job than the designers currently on the payroll.

One day, the entire design team went out to lunch and Stone jumped on the opportunity. He logged into one of the designer’s computers and used his skills to design a book cover.  Stone slipped in his design with the other proposed designs and his was ultimately chosen. When the head of the department asked who had done the design, Stone raised his hand.

“The box boy?” the boss asked incredulously. Immediately thereafter, Stone was offered a job as a designer.

“The real takeaway is that opportunity can be manufactured,” Stone said. “Circumstances can be arranged by you.”

Another key for small businesses, Stone said, is the need to be focused on customer service. Twitter hired its first head of customer service when there were only 16 employees. It would be another three years before they hired their first salesperson.

When using Twitter as a customer relations tool, Stone advised businesses to spend “a good amount of time” listening to what people are saying about your brand.

“Look what’s being said about you before you begin to respond,” he advised. A simple Twitter search of your brand or your executives, Stone said, can give you a good feel for the sentiment about your brand.

The final, and perhaps most important lesson for entrepreneurs is that you have to love what you are doing or else you are wasting your time.

“If I was working at a job I didn’t feel was worthwhile I wouldn’t be happy, and eventually I’d do a bad job,” he said.

Key to Success Photo via Shutterstock

Jon Gelberg is a Principal at The Dilenschneider Group, a strategic communications and public relations agency in New York City. As a journalist, Jon has won more than 20 national, state and regional journalism awards and has been honored by the Associated Press Sports Editors, Professional Football Writers of America, The Society of Professional Journalists and many other organizations.
6 Reactions
Subscribe
Follow @smallbiztrends
RSS LinkedIn Pinterest iTunes