Focus And Timing Are Key 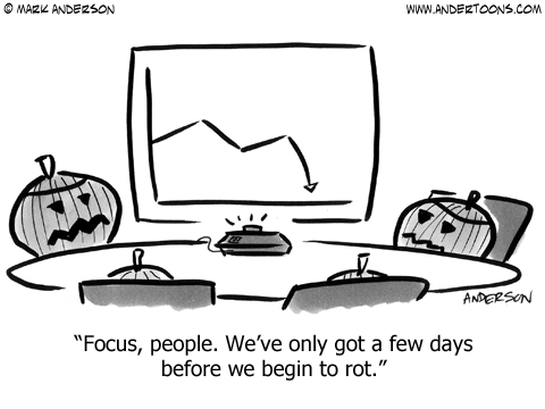 Being a cartoonist means worrying about every sentence, every word, every punctuation mark. Brevity is wit after all.

For example, I’m still unsure as to whether this cartoon would be funnier with an exclamation point after the first sentence. Which is funnier:

It’s hard to know. I tend toward a more understated approach, but then again, they’re jack-o-lanterns that know the end is near. Maybe both sentences need an exclamation point.

In the end, it probably isn’t going to make or break a cartoon.  But years later, I still look at this cartoon and wonder.