Fauna And Flora Aren’t The Only Things Flourishing In Oregon

While I live and work out of Silicon Valley, our incubator works with a global charter of nurturing a million entrepreneurs to reach $1M and beyond in annual revenue. Consequently, I get to see a tremendous number of businesses in pretty much all corners of the world. One region that people might not automatically think of as having a thriving entrepreneurship eco-system is Oregon. This is a mistake. Let me introduce you to a set of players who will, inevitably, change your mind. 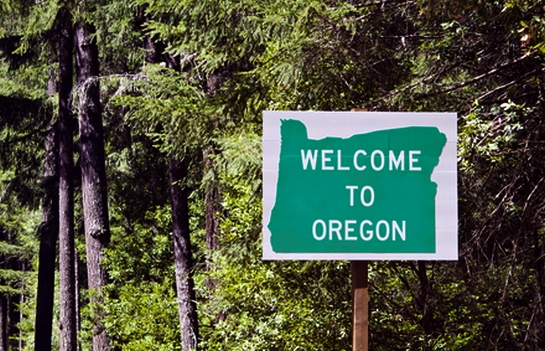 Investor Eric Pozzo of the Oregon Angels Fund points to the state’s willingness to not simply support entrepreneurship but actually invest in promising companies.

EthicsPoint, based in Lake Oswego, Oregon, is a company that offers clients integrated telephone and Web-based reporting hotlines and case management services that they can use to identify, report, investigate, and resolve issues and events that may not be in line with their codes of conduct or governance policies.

Then there’s ShopIgniter, a Portland-based company that provides solutions to help companies promote and sell their products on the social Web.

Act-On Software, in Beaverton, Oregon, is a software-as-a-service (SaaS) email marketing company that intends to commoditize marketing automation and make it available to businesses of all sizes.

Another Portland-based company, JanRain offers clients an enterprise-class solution that enables a website to expedite the registration and log-in processes with a user’s third-party account, import user profile information and address books, and make it easy to publish website activity back to multiple social networks.

There’s also PaloAlto Software, which, despite the name, is based in Eugene, Oregon.  Although PaloAlto Software was incorporated in 1988, it didn’t become a successful venture until 1995. The business came about as the result of founder Tim Berry, whom happens to be a contributor to Small Business Trends, creating something called a Business Plan Toolkit, which was a set of templates that people could use to update their business plans as needed.

Here’s how Tim explained it to me:

“By 1994, the template business had failed in retail. We had a $250,000 liability for returns. We had boxes and boxes of software coming back to us, and at the same time, I had three kids in private school. Everything was very much integrated into my family finances. Things looked very bad.”

Recently, Tim approached his daughter, Sabrina Parsons, to get her take on things. She ticked off a bunch of things that she would do if she were in charge of the operation. A third of them were obvious, a third were things that Tim would have done anyway, and the remaining third sounded like things he definitely wanted to try. As a result, Sabrina became the company’s CEO on the condition that her father resumed blogging and writing. He did. Tim is a well-known fellow-blogger in the domain of entrepreneurship.

In 2012, Tim and Sabrina expect PaloAlto Software to earn $14 million in revenue. As the company continues to evolve with changing times, embracing Software-as-a-Service for example, it is sure to continue growing, making Oregon just one of many places where entrepreneurship can and does thrive.

Act-On Software is another promising company that has been growing very fast. Act-On was founded in 2008 by CEO Raghu Raghavan. The idea for Act-On came up when Raghu and Subrah Iyar, the founder of WebEx, spotted a major gap in the marketing platforms of the time; no one was offering any way to organize webinars as an integrated marketing effort. As a result, webinars were completely isolated from all other marketing activities people usually followed.

Raghu brought together many members of the founding engineering team from Responsys, his previous company, and developed a prototype that bundled WebEx, Salesforce.com and online marketing in a single solution. Cisco agreed to fund this venture, and the company was all set to go. Initially, Raghu planned to use Cisco as the sole sales channel, but later decided to set up an independent sales team.

The initial funding of $2 million came from Cisco. But as Raghu set up an independent sales team, both he and Subrah had to back the company until the sales model was validated. In 2010 and 2011, the founders brought together Voyager Capital and U.S Venture Partners for a $4 million round and then Trinity Ventures for a $10 million round.

DiscoverOrg is another company that is on track to make $14 million to $15 million in revenue this year. The company was started in 2007 by Henry Schuck and Kirk Brown. They went to school together and worked for a small lead generation company that sourced leads to technology firms.

Henry and Kirk used their savings and credit cards to create DiscoverOrg, a small startup addressing the need of IT vendors to generate sales leads for IT buyers at major enterprises and SMEs. They worked from the second story of their home in Columbus, Ohio. DiscoverOrg only had a formal office when they moved to Vancouver, Washington, part of the Portland, Oregon metropolitan area, in 2009.

As you can see, very interesting companies with considerable revenue levels are being built in Oregon. To me, that is what exemplifies a strong entrepreneurial climate.