Never in its history, has the franchise industry been more engaged and more vocal about the issues facing our nation. It’s a trend that I’ve been watching closely—and it’s also one that I’ve frequently been able to participate in myself, especially as the Presidential election gets closer. 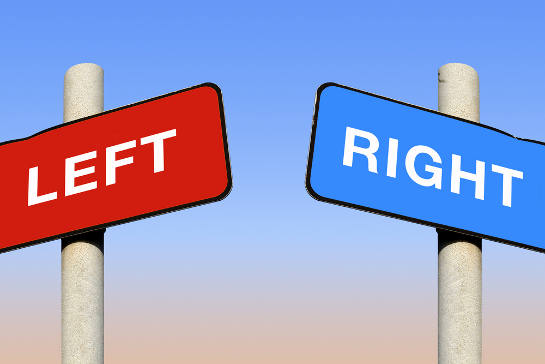 There are two reasons why I’ve been able to easily monitor this trend:

It’s Ted Turner’s fault.  He launched CNN, the world’s first 24 hour television news network, in 1980. This game-changing move enabled people from all over the world, (with cable access) to learn about important events in real-time, day and night. A new generation of well-informed people was born, including yours truly.

Decades later, CNN isn’t the only game in town. If you don’t like their approach to news and politics, just use the up and down arrows on your TV’s remote. You’ll be lead to other networks like MSNBC and Fox News; they will gladly supply you with their news and views… 24 hours a day.

My daily routine starts with MSNBC’s Morning Joe . This show provides me with the latest news, plus lots of expert political discussion delivered in a pretty balanced way.

2.   The Internet And Social Media

Everybody’s talking. Anyone with Internet access can sign-up for a free account on Twitter or Facebook, and start spewing out their thoughts and opinions on any topic imaginable. People are even reporting the news, themselves. They’re called citizen journalists, and they have an audience.

Fact: 1/3 of all adults now get their news via the social networks. (I wonder if Mr. Turner saw that one coming.)

The social networks are also a place—the place it seems, to follow politics during an election season. They’re also a great place to learn about the companies and individuals you do business with—or want to. And, it’s where I learned about the following items…

According to their mission statement, The International Franchise Association (IFA) “protects, enhances, and promotes franchising.”

I guess that I was a bit naive when I first became involved with the consulting part of the industry. I didn’t know that the IFA was so involved in lobbying. But, thanks to the openness of the Internet, I do now.

FranPac is the Political Action Committee of the IFA, and they just hit a milestone; $1 million in receipts for the 2012 election year. (Receipts are contributions from IFA members.)

If you’d like to see how this money was divided up by political party, go to opensecrets.org

Several franchisors have jumped into the fray, including these;

Chick fil A—Dan Kathy, the President of this fast-food franchise, recently made his feelings known concerning gay marriage—a hot political potato. His stance on this issue…which seemed to be his company’s too, made headlines all over America.

Flip Flop Shops—As you know, political candidates have been known to flip flop on occasion, so this retailer has decided to produce and sell pairs of “Limited Edition Obama/Romney Flip Flops” until Election Day. The flip flops feature a picture of each candidate, and sell for $25 a pair.

Papa John’s Pizza—CEO John Schattner estimates that Obamacare, set to go into effect in 2014, will cost his company about 11 to 14 cents per pizza or 15 to 20 cents per order. He vowed to add the higher costs onto his customers. Schattner has never been shy about his support for one of the candidates.

7-Eleven—The convenience store chain, allows customers to indicate their presidential preference when they buy a cup of coffee. They can choose a blue cup imprinted with a donkey for President Barack Obama, or a red cup imprinted with an elephant on it for Mitt Romney. If you’d like to see what color coffee cups are popular in your state, check out the 7-Eleven website.

It’s crucial for the franchise industry to have its voice heard at election time. The candidates need to know which issues are important to the franchise community. That’s because franchising continues to be a driving force in our economy. Franchise businesses account for approximately 3 percent of GDP in nominal dollars, and employ millions of workers.

And, let’s not forget the thousands of courageous people…the franchisees, who have invested their own money to pursue, “The American Dream.” They’re located in your own neighborhood. These small business owners are an anxious bunch, these days. They’re uncertain about things like health care, the economy, and the availability of capital. They want to know…they need to know the direction things are headed.

This Presidential Election is an important one for the entire small business community.

Do you feel that your voice being heard?

What needs to happen on November 5th that will benefit franchising and small business?

Right or Left Photo via Shutterstock

Joel Libava is the Franchise Expert for Small Business Trends. Joel, The Franchise King®, equips today’s prospective franchise owners with time-tested, proven techniques designed to increase odds of success. He does this through one-on-one coaching, and gobs of useful content that can be found on places like Small Business Trends, SBA.Gov, and his award-winning franchise blog, The Franchise King Blog . He’s been featured in Entrepreneur® magazine, and is frequently called upon by national media outlets and publications for his no-spin insights into the world of franchising.
5 Reactions
Subscribe
Follow @smallbiztrends
RSS LinkedIn Pinterest iTunes