Not Just Tango in Argentina, Business

Argentina has been an economic mess lately. However, if you look closely, some silver linings are intertwined in the dark tango salons of Buenos Aires. 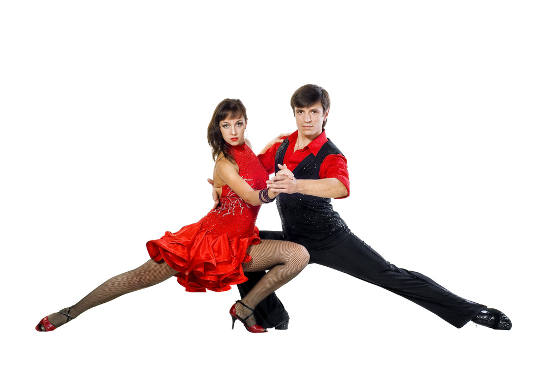 Many entrepreneurs from Argentina have pitched at our 1M/1M roundtables. I have covered a few on my blog too. Success stories of these entrepreneurs inspire others who are about to start their own entrepreneurial journey. At the same time, it shows how startups are contributing to the country’s economy, despite the troubles. Here are some of the impactful startups from Argentina who have been doing extremely well.

Marcos Galperin and Hernan Kazah founded MercadoLibre when they were students at Stanford business school. Marcos raised funding even before starting the business in the late nineties, when such things were possible.

From the beginning Marcos wanted to build the eBay of Latin America. Through Stanford, they contacted eBay to learn about their plans to expand in Latin America. Internet penetration was low in the early 2000’s, and very few people were buying things online when they started. Moreover, there were almost forty companies doing the same thing. Almost all of them raised funding.  However, unlike others, Marcos focused on building the product rather than spending money on PR and marketing.

Business started picking up in the 2002-2003 time frame, and both Internet penetration and e-commerce adoption accelerated in Latin America.

MercadoLibre, of course, is Latin America’s jewel. But there are others doing well, too.

Martín Migoya, Martín Umaran, Guibert Englebienne, and Néstor Nocetti, founded Globant in 2003, just two years after the dot com crash. All the four founders left their jobs at multinational companies to start their own outsourcing company. Headquartered in Buenos Aires, Argentina, Globant is an outsourced software development company that caters primarily to US clients in gaming, e-commerce, social networks, and more. Globant has offices in the United States, Mexico, Colombia, Chile, and the United Kingdom.

Globant founders realized that Latin America was the perfect match for the United States in terms of outsourcing. Cultural similarity, wide talent pool, and aligned time zones makes it an attractive option for US companies looking for near-shoring partners.

The founders invested $5,000 to start Globant. Within two years, they closed a first financing round of $2 million with FS Partners. In 2007, they received $8 million from Riverwood Capital. In December 2008 they received an additional $13 million from Riverwood Capital and FTV Capital. Globant has been profitable since its inception, and generated $50 million revenue in 2009. In an interview in 2011, founder and CEO Martin Migoya said that revenues were likely to be close to $90 million in 2011.

Rodrigo Teijeiro is the founder and CEO of Sonico, a social network for Latin America. He began his entrepreneurial journey when he was just in school, earning money by buying and selling stuff there. He then used the funds to open his first E-Trade account in 1997. From there, he started day trading, and in one year and a half, his valuation went from $5,000 to $100,000. That was Rodrigo’s first venture, with others to come.

At the age of 20 he raised $300,000 from three investors by presenting financial and science oriented websites he had been tinkering with. He then founded several other Websites, one after another, including MP3.com, an online calling card sales website, an e-cards website, and finally, Sonico, now the premier social networking site in Latin America, in 2007. In six months, Sonico had 10 million registrations.

Rodrigo tried to raise funds from investors, but due to the country’s unstable economy, most VCs refused to fund him. In January 2010 Rodrigo was losing $270,000 a month, however he turned the situation around and made a profit of $600,000 in the last quarter of 2010 by introducing two portals for online mobile recharge and group buying. Both sites were supported by data from Sonico.

In an interview last year, Rodrigo said to me that Sonico’s revenue was going to be close to $20 million in 2011.

Ignacio Galarraga, with his graphic design company, The NetMen Corp, is earning $1 million in annual revenue by procuring and delivering projects from Elance, a services exchange. Ignacio started the company in 2001 in Buenos Aires, Argentina. NetMen is a 100% Elance company; they have done more than 15,000 projects, and have earned more than $3 million in total. For the first two months after starting the business, Ignacio worked alone; now they are a team of 55 members.

According to Ignacio, it’s the commitment toward customers that has helped them to achieve this success. NetMen is handling almost 500 projects every month now. But the commitment is the same as it was when they used to handle just one project at a time. Now they have an excellent track record on Elance, and although they are one of the most expensive providers, they still receive invitations to bid.

And judging by their revenue levels, obviously, they often win these bids.

I am sure there are other such entrepreneurs in Argentina. The entrepreneurial spirit is growing throughout the region, and this decade should see many more success stories emerge from Latin America onto the international stage.