When it comes to social media and small business, having a strategy can produce greater benefits.  Benefits such as increased traffic, reduced marketing costs and increased branding.  Tune in as Sanjeev Aggarwal, Founder and Partner of SMB Group, joins Brent Leary to discuss the results of the 2012 SMB Social Business Study and why a strategic approach is better than an ad hoc approach. 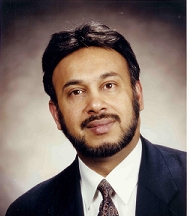 Small Business Trends: Can you tell us a little bit about your background?

Sanjeev Aggarwal: I founded the SMB Group roughly three years ago, and the driving force was lack of specific focus on the SMB segment. Prior to that, I worked on the market research side.  Focusing again on the SMB area at Hurwitz, and at AMI.

I started doing this at the Yankee Group about 10 years ago.

Small Business Trends: Maybe you can fill people in on the 2012 SMB Social Business Study?

Sanjeev Aggarwal: We took a slightly different tack compared to what most of the studies looked at.  We took a top down approach to the problem. We looked at the business challenges small businesses face, and the business functions they use to address these challenges.

For example, how are small businesses reshaping their sales and marketing, customer service, product development, HR efforts and other strategies in an increasingly social landscape? What obstacles stand in their way as they transition from the traditional world to the social media world?

Small Business Trends: When looking at the results of the study, how would you categorize the way small businesses are using social media today?

Small Business Trends: Is there a positive impact from being a strategically social business as opposed to using social media from an ad hoc approach?

Sanjeev Aggarwal: What we found in the study was small businesses that use social media in a strategic way are the ones that are more bullish about their growth. They are using social media in a plan where they are enjoying business boosting benefits, like traffic to the website. They are seeing increased branding, and a lot of them are seeing things like reduced marketing costs as they reduce the use of traditional marketing tools and replace them with social media.

Small Business Trends: How are some of the ways that strategic small businesses are using social media to address those particular areas?

Sanjeev Aggarwal: Some of the key areas that strategic small businesses are using social media is to improve market awareness and to connect with people who aren’t customers today.  They’re using it to increase traffic to their website; to generate new leads and opportunities, also to create more and better interaction with their customers and prospects.

Sanjeev Aggarwal: In the study, 37% of the small businesses reported reduction and replacement of some traditional marketing tools. In some cases, they are replacing the traditional tools and applications.  Others are reducing the use of traditional tools.

The area I have seen the greatest reduction in marketing is using business journals and magazines – and especially the print portions like the yellow pages.

Small Business Trends: We talked about the categorization of strategic users of social media.  We called them strategic social businesses, at this point, versus the folks who are just more informal.  What are some of the main differences, or maybe some of the things they seem to be doing a little differently, that helps us to understand strategic businesses?

Sanjeev Aggarwal: Businesses that use social media in a strategic way not only feel positive about their future, but their current prospects also look brighter too. In general, the strategic users supported higher satisfaction rates in areas like improving procuring services and generating more web traffic. Also, coming back to ad hoc users, I think overall strategic users definitely expected higher revenue and also higher growth expectations for next year.

In addition to that, 20% of the respondents that use social media as part of their strategy are also using it for customer service, compared to only 13% of the users from ad hoc approach. The value that these strategic users are getting becomes very apparent when you compare these numbers, year-over-year.

There is definitely a very strong case to be made for small businesses that are using social media in a strategic way.