Are women more or less likely to help others of their gender get ahead at work? A Catalyst study done earlier this year asked both men and women about the kinds of mentoring and assistance they’d received. Overall, more than half (59 percent) had received either informal or formal mentoring. 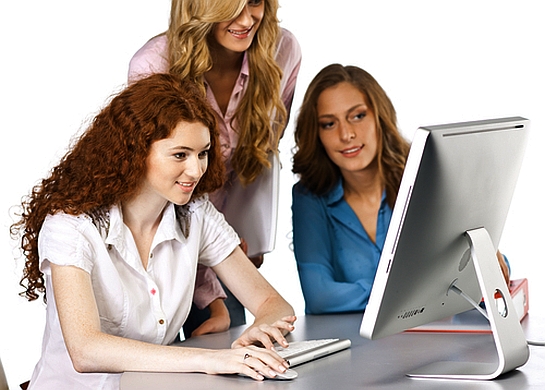 What’s interesting is that women who had been mentored were more likely than men to be “paying it forward” to the next generation of emerging leaders at work. Sixty-five percent of women, vs. 56 percent of men, were doing so. And 73 percent of those women were mentoring other women.

The Catalyst report focused on executives in big corporations (the men and women were all MBA grads who had been identified as having “high potential” before earning their degrees). But I believe the value of helping other women applies, whether you’re an employee or an entrepreneur.

First, there’s financial value. Catalyst found both men and women who mentored others earned an average of $25,075 more between 2008 and 2010 than those who did not, even when the study controlled for other factors. For employees, helping others achieve clearly leads to greater career success and consummate rewards. But for business owners, mentoring others so they achieve more also leads to greater financial success for your business.

Of course, for entrepreneurial women, there’s also loyalty at stake.

Think about it: An employee who gets support, encouragement and guidance from you about how to improve in his or her job is more likely to be loyal to your business, rather than ready to bolt at the first opportunity.

Finally, and maybe most important, for women business owners mentoring isn’t just about mentoring your employees. For us, mentoring the next generation of leadership also means looking outside our own businesses and encouraging young women and girls to learn more about entrepreneurship.

There are many ways you can be a mentor and role model to younger women. Involve your daughters or nieces in your business. Find a younger entrepreneur you connect with through social networks like Twitter and Facebook. Or get involved with an official organization like Junior Achievement or the Collegiate Entrepreneurs’ Organization.

The coolest thing about mentoring younger people is while in the past, the relationship might have been more one-way, today’s young women have a lot to teach older entrepreneurs about technology, social media and more.

If you get involved with mentoring, you’ll gain as much as you give.