Businesses Shine in Sandy Aftermath; Celebrities Not So Much

Businesses and ordinary citizens have been notably in the lead in bringing aid to victims of Hurricane Sandy.  On the other hand, some celebrities, government agencies, and even the mayor of New York City are taking criticism for poor planning, slow response, and a lack of concern toward victims who are still suffering without food, clothing, shelter, fuel or drinkable water.  Sadly, the aftermath of Sandy is unfolding in an eerily similar way to another devastating hurricane, Katrina, where the damage proved to be worse than initially thought, the full extent of it coming to light day by terrible day. 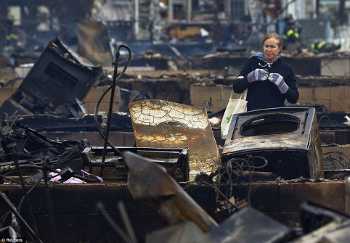 The best and brightest. Some like to paint businesses as being greedy, driven only by profit.  Businesses, including small businesses, aren’t always recognized for the good they do in their communities.  Yet they play a key role in natural disasters to help citizens keep  body and soul together — even when the business owners and their  businesses have been victims and are immersed in the same natural disaster. The Fiscal Times

A helping hand. University of Wisconsin law professor Ann Althouse refers to posts about the efforts of businesses versus those of government to aid those suffering with power outages and other problems following Sandy. The post and the commenters pose the reasonable question: Who is truly helping New Yorkers in need? Althouse

Collective effort. Help in the Hurricane’s aftermath wasn’t limited to businesses in New York City. Businesses from outside the city were quick to lend a helping hand, too. Take this report on businesses acting as collection points for donated supplies bound for victims of Hurricane Sandy. It’s just one example of how small businesses are an integral part of the charitable fabric of our communities. The Saratogan 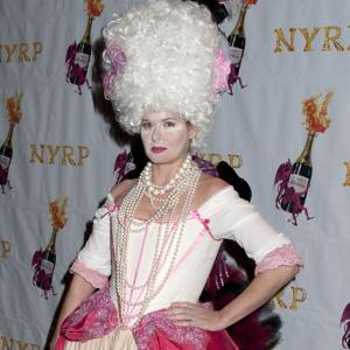 Let them eat cake. While ordinary citizens and some businesses are going above and beyond to assist people in need, some celebrities have been, well, tone deaf.  Take actress Debra Messing.  She was blasted by local New York media for donning a Marie Antoinette costume while attending a lavish event whose resources (such as refrigerators) many say could better have been used to assist storm victims.  Of course, those celebrities may have gotten the impression everything was fine through the overly-hasty high-fives being given by public officials last Tuesday and Wednesday. The New York Post

Marathon mess up. The New York Marathon was scheduled to take place this past weekend, and up until Friday Mayor Bloomberg had declared the show must go on.  New Yorkers were outraged.  In a city where hundreds of thousands are continuing to struggle without necessities and the dead and injured are still being discovered, the Marathon became a lightning rod of criticism.  On Friday the Mayor finally caved to pressure and cancelled the event.  Even then, his statement made it sound as if protests, rather than a desire to help storm victims, are what finally caused the cancellation.  Another example of tone deaf?  The Wall Street Journal

Going the distance. Naturally the marathoners were disappointed – some had traveled thousands of miles at considerable expense for the event.  A large number showed their grit and civic commitment by volunteering to help storm victims. This photo below from Runners World shows runners who had planne 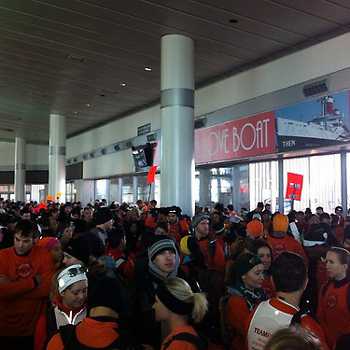 Slow responders. Uh oh! While citizens and local businesses have been doing what they can, government on all levels appears to have been caught with their planning pants down. Take the Federal Emergency Management Agency (FEMA), which despite its stated policy of preparedness, was soliciting bids from vendors for bottled water on  Friday, days after the storm and after rumors of running out of water started making the rounds. Breitbart

Here’s a full text of the FEMA solicitation for 470 tractor trailer or truck loads of bottled water equaling 2.3M gallons, four days after the storm had subsided.  FedBizOpps.gov

The rumor mill. Under a section labeled “rumor control” on its Website, the Federal Emergency Management Agency insists stories about the organization running out of water are false. However, the site doesn’t state how much water the federal agency is actually distributing or in how timely a manner.  FEMA

Left in the lurch. Other parts of government are feeling the heat from citizens, too.  Residents of hard-hit Staten Island, Rockaway Beach and other places in New York and New Jersey are complaining that government at various levels has been slow to respond. With their community in shambles, residents are caught on camera expressing their frustration.  Similar reports catch residents saying, “Where is FEMA?  Where’s the police?  Where are rescue crews? When are we going to get some help?”  CBS New York

Inadequate response. “Official help has arrived in the last couple of days, but many residents say it’s not enough and poorly organized.” Huffington Post