Sales Lessons From The 2012 Election

What I am about to say is not a political statement. I am neither a Democrat nor a Republican. I look at the results of the 2012 election through the prism of business and sales practices. To me, there are stark lessons that can be learned by sales people and small business owners. 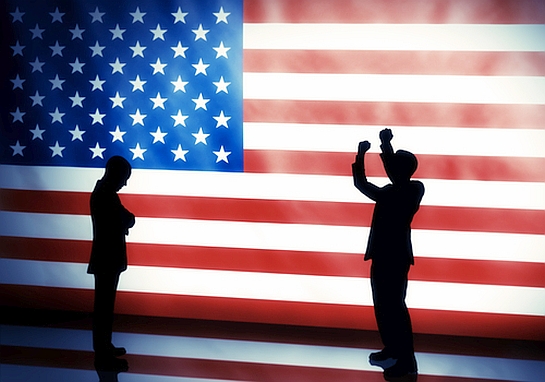 Let’s start by taking a look at what happened.

When we decide to prospect we should start with understanding the value of our product or service. What is it about our offering that is of value to our clients? Why do people buy what we have to sell? What problem does it solve? It is this understanding that helps us identify appropriate target markets. “Appropriate target markets” is the key here. You can’t sell something to someone who doesn’t see value in it.

At the same time, if you don’t deliver your message effectively, even the “appropriate target market” won’t hear it. So, you can see that there is a lot to selling effectively.

It’s not a political statement. I’m not talking about whether one side has more value than the other. I’m talking about how they each went about the process of prospecting to that target market and what the results were. It may be that the 2% wasn’t a viable target market for the Republicans.

If we assume that they understood their value and messaged it, well then the results indicate the target market didn’t need what they had to sell; the Independents, therefore, were not an “appropriate target market” for the Republicans.

If we assume that the Republicans were thinking first about winning over the target market and not about their value, then we can conclude that they proceeded with a message that wasn’t based in value as the target market would see it. They decided that they were going to share their message and convince people that it was valuable.

They weren’t, in this case, thinking about solving the problem of the target market. They were thinking that their message was compelling and people would hear it. Unfortunately, that’s not how it works.

So, what can you do with this information? Learn the lesson and create a sales strategy that works:

Know why it is that people need what you have to sell. Don’t get caught up in what you want them to know. Think about things from their viewpoint – what they want to know. What do they need to solve their problem? Do you have that thing?

You can’t sell to people who don’t need or want what you have to sell. And you will waste your time if you decide to pursue the wrong markets. Once you understand your value, identify the target markets that will see it.

3. Message To The Market Directly

Make sure your message is pointed to a specific target market. In order to be heard, you should pick one target at a time to prospect to. Your message should speak directly to them so they hear it.

When you realize that the only people/companies that will buy what you have to sell are those who need it, you’ll spend your time prospecting to them. And once you identify who they are, help them solve a problem. Then, and only then, will they want to do business with you.

Diane Helbig is a Professional Coach and the president of Seize This Day. Diane is a Contributing Editor on COSE Mindspring, a resource website for small business owners, as well as a member of the Top Sales World Experts Panel at Top Sales World.
6 Reactions
Subscribe
Follow @smallbiztrends
RSS LinkedIn Pinterest iTunes