Did We Really Think Social Media Would Stay Free Forever?

You may have heard them already — the complaints of business owners and entrepreneurs outraged that Facebook is now charging for enhanced visibility or what is known on Facebook insights as “reach.” I have a confession to make – and I have a feeling I’m not alone. As a business owner, I’m having a really hard time taking those complaints seriously. 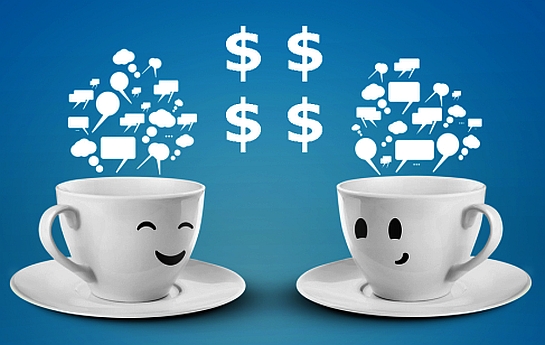 We seem to have collectively lost sight of the fact that Facebook, Twitter, and other social media platforms are ultimately businesses. They’re not philanthropic organizations – and they’re not the benefits of anyone’s charity. It takes a tremendous amount of resources to design and maintain a social media platform.

Facebook employs thousands of people. They all need to be paid. An initial IPO was disappointing, at best, and the former advertising model wasn’t profitable enough to meet revenue goals. More money needs to be made – at Facebook, Twitter, Instagram, and all other social media platforms – if they are going to remain viable on a long-term basis.

If You Want To Play, You’re Going To Pay

There are only two possible answers to this question. Social media companies can charge social media fees for accessing their platform, or they can turn to an already existing business base, and ask them to foot the bill.

For years, there have been recurring rumors that Facebook was going to charge users a monthly fee. Every time one of these rumors surfaces, thousands of people protest, on and off social media. Dozens of “Keep Facebook Free!” Facebook pages appear after every new rumor, with hundreds of thousands of people uniting in opposition to the idea of a monthly charge or social media fees.

If Facebook started charging, a significant number of users declared they would switch to another platform. There are certainly other options: Wikipedia’s admittedly non-exhaustive list of active social networks has over 200 to choose from.

If you were on Facebook’s leadership team, would you try to go forward with charging users a monthly fee anyway? The other option – charging businesses for different features like advertising, applications and extended reach – now that certainly seems more appealing.

As business owners we have to pay to be seen in every other vehicle on the planet. There may be thousands of articles on getting free press or free exposure, but ultimately, implementing those strategies is not free. You pay yourself, your staff or an outside marketing firm.

Advertising Is A Marketing Staple

The mediums have changed over the years, but one fact has remained constant: advertising has never been free. From printing an ad in your target demographics’ favorite magazine to airing a commercial on your favorite talk radio station, every bit of exposure costs money. Charging business owners for enhanced exposure on a popular social media platform brings social media into alignment with all other existing marketing vehicles. This is not likely to provoke significant public backlash, which is an important consideration for the now publically traded Facebook.

At the same time, social media has proven to be an extremely effective way for business owners to connect in a direct and meaningful way with their customers. The best way to reach your customers is to be where they already are – and over 60% of the world population is using social media. The dynamic conversations that happen on Facebook, Twitter, and other social media platforms build brand equity, customer loyalty, and drives revenue. That’s why there are more than 11 million businesses already on Facebook.

However, The Efficacy Of Advertising Has Been In Decline

Print advertising is particularly imperiled. Nearly 200 national magazines closed their doors in 2011, while 450 newspapers went out of business. Results matter. Companies who want to realize maximum value for their marketing dollar were quick to notice that print, radio, and television advertising weren’t delivering a satisfying return. Even banner advertising, a relatively new kid on the marketing block, has become markedly less popular under this performance based paradigm. Companies aren’t willing to pay for yesterday’s marketing tools in today’s economy.

Charge the social media user or charge the companies that were already using social media to connect with their customers? If I had to make that choice for Facebook, it’s pretty clear to me what my decision would be. As a business owner, it should be clear to you too. We’re all in this to connect with our customers and make money, and the best way to make money is to provide a high-value product or service that the customer just can’t get enough of. That’s what we all try to do for our customers. Facebook’s doing it too. Don’t be surprised to see Twitter, Instagram, and your other favorite social media platforms following suit by charging social media fees.

Pay to Play: Why It’s Good For Your Business

Make no mistake. Facebook wants businesses to stay active on their site. That’s why they’ve structured this new pay to play model in the way they have. Using a reach-based algorithm, rather than charging organizations based upon the number of fans they have or the amount of content they post, allows the business owner to have an important element of budgetary control relevant to their social media activity.

There is another silver lining to be found in the pay to play model of social media, and it’s this: a significant number of businesses, particularly who don’t fully understand the potential of social media, simply aren’t going to pay. They’re going to keep their money in their pocket, and disappear from the conversation.

This is good news for you: the brands that customers value highly are the brands they see regularly, and engage with in a meaningful way. If your competitors aren’t there to be seen or engaged with, they’re going to occupy a less prominent position in your customer’s psyche. You’ll benefit from their absence.

Where Is It All Going?

Expect social media platforms to continue identifying new ways to generate income from the tools they have spent time and money creating. We know, as business owners and marketing professionals, that advertising alone is not going to sustain our connection with our audience. Today’s businesses do so much more like; running webinars, writing white papers, and hosting events. Product placement marketing is evolving into exciting new territory, with companies aggressively competing for the opportunity to integrate their products into films, music videos, and video games.

Businesses have found new ways to energize their marketing efforts and stay in front of customers.

Social media platforms are doing the same thing, looking for new ways; creative ways to leverage what they’ve built so traditional display advertising does not become their sole source of revenue. I applaud new ways of thinking and encourage all of us to do the same in our businesses.

Jennifer Shaheen, CEO and President of The Technology Therapy Group, captivates business & entrepreneurial audiences by teaching them how the smart, strategic use of great Web design and social media marketing allows them to do less and accomplish more.
20 Reactions
Subscribe
Follow @smallbiztrends
RSS LinkedIn Pinterest iTunes