Companies, large and small, who use social media channels to connect with customers on service issues are on the rise. Thirty-four percent of companies have been using social media tools for customer service for at least two years, according to The Social Customer Engagement Index 2012. This survey of 578 businesses shows that companies are beginning to see the value in opening up another channel to reach customers. 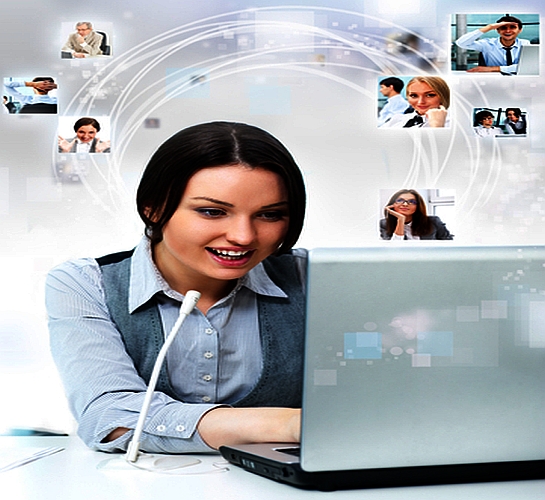 Brent Leary, co-founder and partner at CRM Essentials and a contributor here at Small Business Trends, contributed to the study. He says those companies who adapt to offering customer service through social channels will have the chance to grow their customer relationships and make their products and services more appealing. Doing this, he says, isn’t limited to large businesses:

“…because smaller companies are typically more agile and responsive – and providing social/mobile service is not cost prohibitive in many instances – this makes it possible for them to compete with larger companies who aren’t able to quickly change processes and corporate cultures.”

Here are a couple of lessons all businesses can take from them:

Best Buy had zero social media presence as recently as 2008. But when Gina Debogovich was brought in as the brand’s first community manager (she’s now Social Connections and Innovation Senior Manager and Global COE Lead), she started by listening:

“I began by listening … to the customers online who were reaching out for customer service and technical support, to the business teams who were hesitant to engage, and to the ever-mounting industry data that showed social networks were the next horizon.”

Listening helped her build Best Buy’s social customer support to be ranked #1 by Business Insider in 2012. Clearly, listening is a huge component of social media and customer service, so using it in all you do will help you better serve customers.

2. How You Work Behind the Scenes Doesn’t Matter (to Customers)

When Jason Duty, Director of Social Outreach Services at Dell, got involved in social customer service, one thing quickly became clear: customers who need help don’t care how you configure your platform to serve them. They didn’t care about customer care hotline protocol, or how reps were assigned to cases. They just want their problems solved.

According to the Index’s case study:

“Dell developed a uniform strategy that eliminated support boundaries. Its social media outreach services (SOS) team brought together its technical support and customer care functions to engage via the Internet, both for business and consumer customers.”

The lesson here is to keep things simple. Don’t over think the platform and infrastructure you use to connect to customers, or you might not ever actually implement it.

When a major ice storm grounded several planes in 2007, JetBlue knew it needed to do something to talk to its customers, explain what happened, and ensure them that it wouldn’t happen again. The CEO created a video on YouTube addressing his customers – a first for any CEO at the time. The response, rather than being outrage, was surprisingly supportive.

According to the case study:

“Because JetBlue fosters an informed community rather than trying to silence customer complaints, it often sees customers stepping forward to answer questions from their friends on Twitter or in the general community on Facebook.”

None of us like it when our customers blast us on social media publicly. But rather than taking the stance of trying to squash the negative, instead try to preempt the negative comments by being one step ahead of customers.

4. Have Dedicated Staff in Place

In 2010, L.L. Bean observed the number of customers who were using Twitter and Facebook to ask questions, and decided to try out a pilot team with seven customer service reps who would use those channels to field customer inquiries. As the pilot thrived, the team grew to 12 members. The company’s system monitors mentions of the brand and assigns tasks to team members so that nothing slips through the cracks.

It’s easy to assign social media customer service to your marketing team as an afterthought, but if you really want it to succeed, put a dedicated team on the task.

In a perfect world, you’d be able to implement all of these lessons into your own social media customer service efforts. But don’t be overwhelmed by these success stories; instead, find your own path.

“So many of the monitoring tools and platforms for social engagement are free or nearly so.  Google alerts, for example, was the second highest cited source for monitoring customers. Twitter and Facebook are the two leading platforms for engagement.”

Follow these lessons and apply them to your own business and you’ll be able to better manage customer service socially.

Susan Payton is the Communications Manager for the Small Business Trends Awards programs. She is the President of Egg Marketing & Communications, an Internet marketing firm specializing in content marketing, social media management and press releases. She is also the Founder of How to Create a Press Release, a free resource for business owners who want to generate their own PR.
32 Reactions
Subscribe
Follow @smallbiztrends
RSS LinkedIn Pinterest iTunes